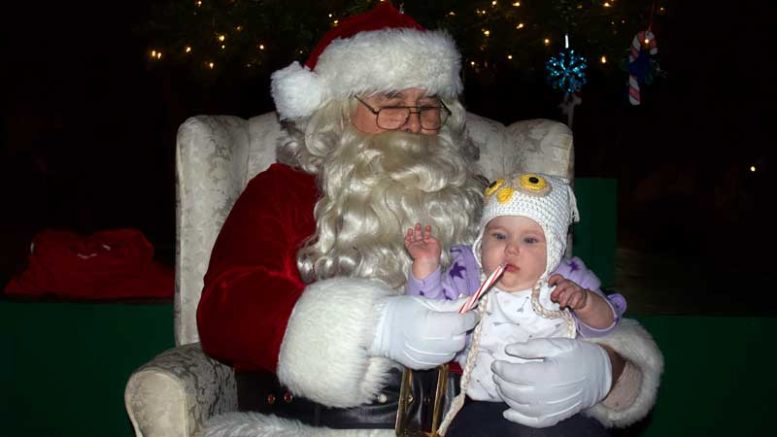 PIMA – There was piping hot chocolate aplenty, but it was the Christmas spirit that warmed the hearts of the performers and those in attendance at the inaugural Christmas Tree lighting ceremony in Pima on Monday night. 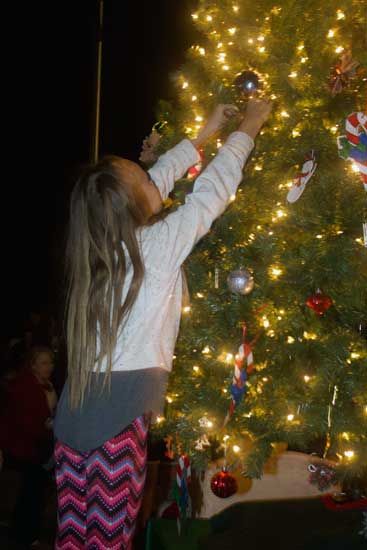 Jon Johnson Photo/Gila Valley Central: A child decorates the tree with an ornament.

“This is the best Americana you can ever find in towns this size,” said Pima Mayor C.B. Fletcher. “We know each other; we love each other, and it’s just great to be in America.”

Seemingly hundreds of people filled Heritage Park for the event, which featured music from the Pima High School Band and songs from the various school choirs, including an a cappella group that sang a Bobby McFerrin-inspired version of “Walking in a Winter Wonderland”, and song-and-dance routine from the Pima Show Choir.

Prior to the lighting of the tree, Fletcher honored Jean Crockett, who initially proposed the idea for the event.

“This is her doing,” Fletcher said.

Pima Town Councilor Sherrill Teeter then proceeded with the countdown, and the tree was lit with a bang while being punctuated with fireworks above. 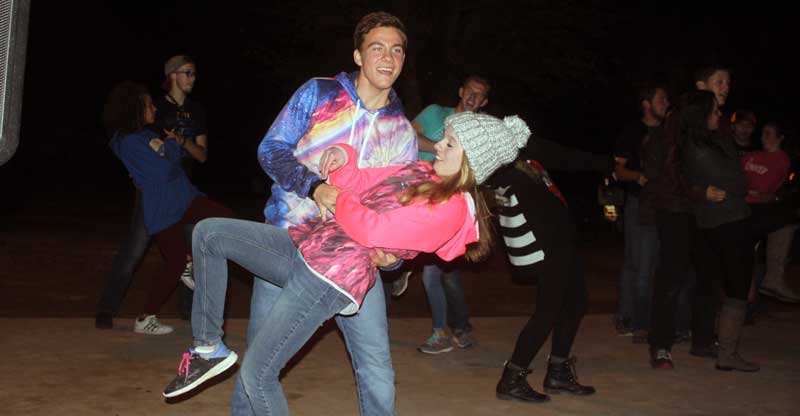 Afterward, Santa Claus made his way down front and sat in an oversized chair in front of the tree and spent time with each child who lined up to see him.

As the children hurried to see Santa, others got in line for the goodies brought by the community themselves and for a cup of hot cocoa courtesy of the town of Pima. The children were then invited to decorate the tree with ornaments as the program progressed with song and dance. 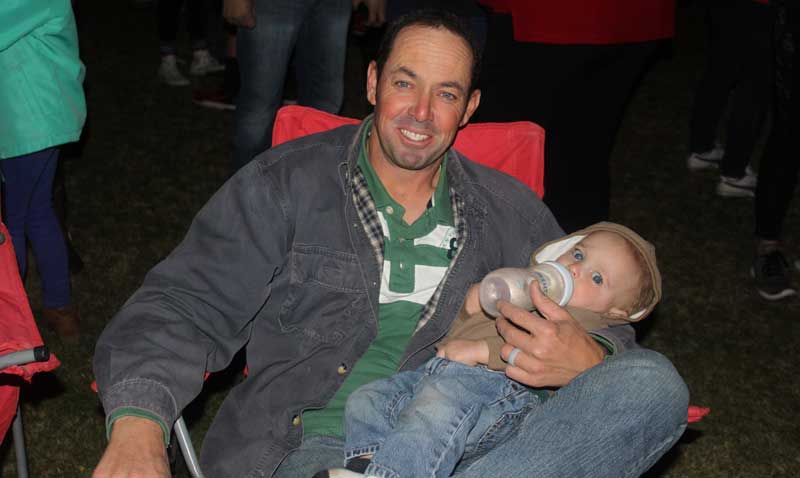 While the band and choir were superb, the finale of “Silent Night” sung by the choir and those in attendance truly set the tone for the evening as well as the bar for future events. The event was such a success, Mayor Fletcher immediately announced it would continue next year as well. 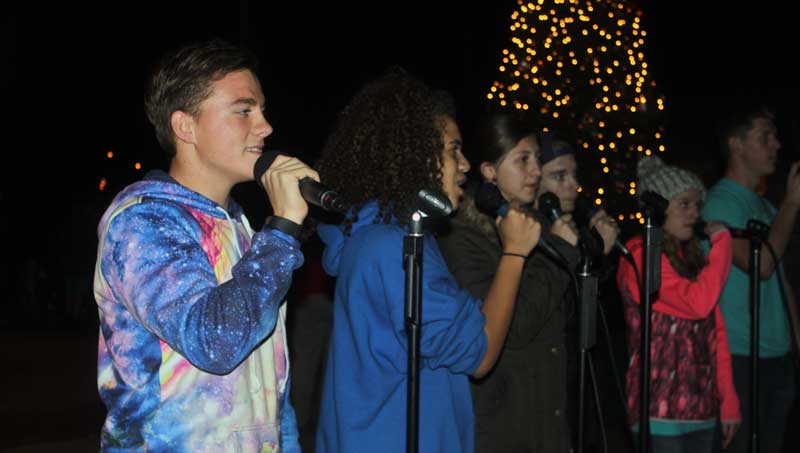