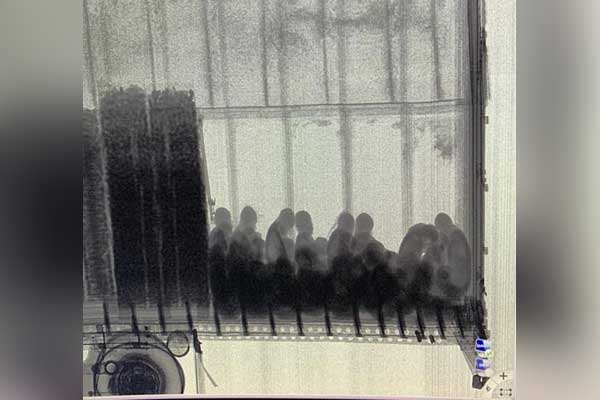 After a Border Patrol canine alerted to the vehicle, Tucson Sector agents referred the semi tractor-trailer for secondary inspection, where they discovered 32 Mexican and Ecuadorian nationals, all illegally present in the country, hidden in the produce cargo.

The trailer’s interior was 47 degrees, potentially endangering the illegal immigrants locked inside.

The 31-year-old driver and 30-year-old passenger were arrested and charged with felony human smuggling violations. The 32 illegal immigrants arrested, aged 16 to 53, processed for immigration violations.

In an effort to prevent fatalities at the hands of smugglers, Department of Homeland Security has launched “Operation Safeguard” to educate the public and the trucking industry on the life-threatening dangers involved in using commercial conveyances to smuggle humans.