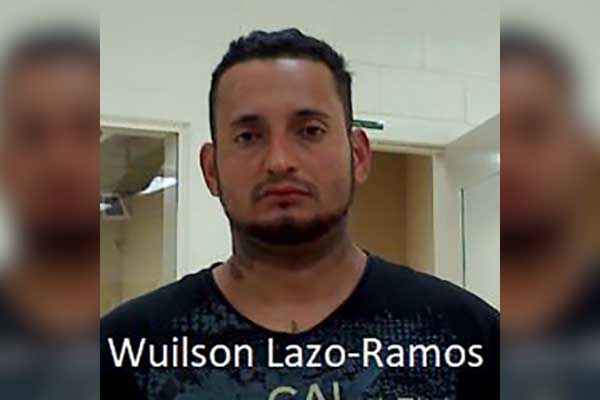 TUCSON, Ariz. – Border Patrol agents from the Ajo station apprehended an illegal alien Tuesday afternoon and later identified him as a Mara Salvatrucha, MS-13, gang member who traveled with the migrant caravan.

Agents arrested the gang member near Ajo, Arizona after he entered into United States illegally. During processing, agents identified the man as 30-year-old Wuilson Lazo-Ramos, a Honduran national with MS-13 gang tattoos and a felony conviction for weapons misconduct in Maricopa County. He was sentenced to 30 days in jail and two years probation for his weapons conviction.

Lazo told agents he travelled with the migrant caravan through dangerous parts of Mexico for his safety, then crossed the border illegally because he has a criminal record in the United States.