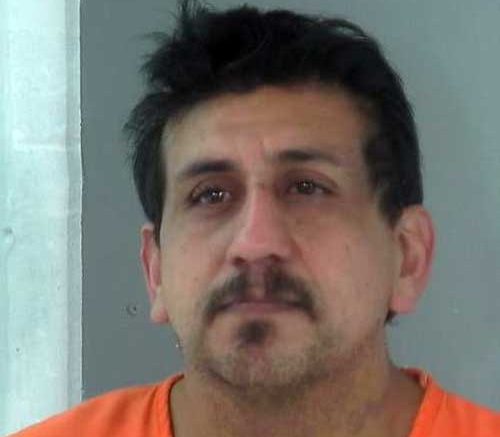 Contributed Photo/Courtesy GCSO: Jesus Mendez was caught with a small amount of heroin after being pulled over on his bicycle.

SAFFORD – Whether driving a motor vehicle or riding a bicycle, one must still follow traffic laws or risk being stopped by police.

A bicyclist was caught with a small amount of heroin Dec. 17 after being stopped for running a stop sign and riding on the wrong side of the street.

According to a Safford Police report, Jesus Jose Mendez, 42, was eastbound on 10th Street on the north side of the westbound lane when he failed to stop at the stop sign at the intersection of 10th Street and 10th Avenue.

The officer initiated a traffic stop on Mendez and informed him of the bicycling regulations and allowed him to leave.

Shortly thereafter, however, County Dispatch informed the officer that Mendez had an active warrant out of Safford Municipal Court stemming from a marijuana possession conviction from earlier in the year.

The officer located Mendez at the corner of 10th Street and 8th Avenue and placed him under arrest for his warrant. While being taken into custody, Mendez advised he had some black tar heroin on him, and the officer located the drug inside a piece of plastic in Mendez’s wallet. The heroin weighed just .3 of a gram.

Mendez was then booked into jail on his warrant with charges of possession of a narcotic drug and possession of drug paraphernalia pending a review by the Graham County Attorney’s Office.