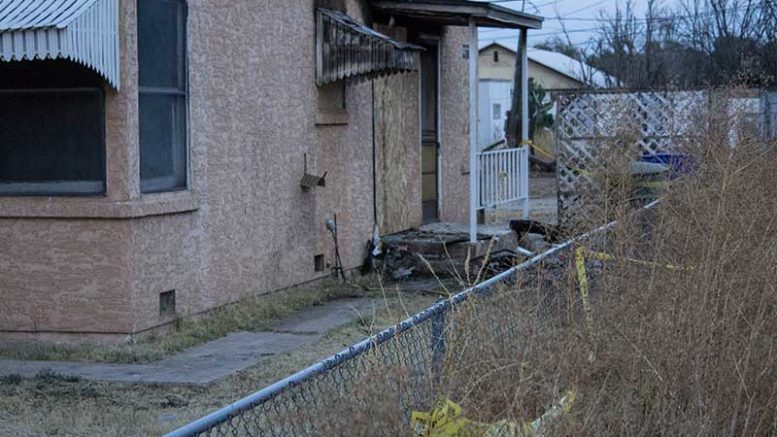 Brooke Curley Photo/Gila Valley Central: This house in the 900 block of 3rd Avenue in Safford is singed from a kitchen fire that started Friday morning.

SAFFORD – An early morning house fire could have completely demolished a house had it not been for a garbage truck driver with a keen eye.

In the 900 block of 3rd Avenue, a house fire erupted in the early morning hours Friday. Authorities were called, and the Safford Fire Department put out the flames.

“The residents were out of town for the holidays,” said Safford Fire Chief Clark Bingham. “A garbage truck saw the fire and reported it. We’re trying to find out who he was and thank him. But he stopped the fire from being much worse.”

Bingham later told Gila Valley Central that the fire was started by an extension cord that had been covered up by debris. Because of the debris over the cord, a short started a fire in the kitchen. As of Saturday, the garbage truck driver remained unnamed, but the Safford Fire Department would like to extend their thanks to his keen eye and quick actions. 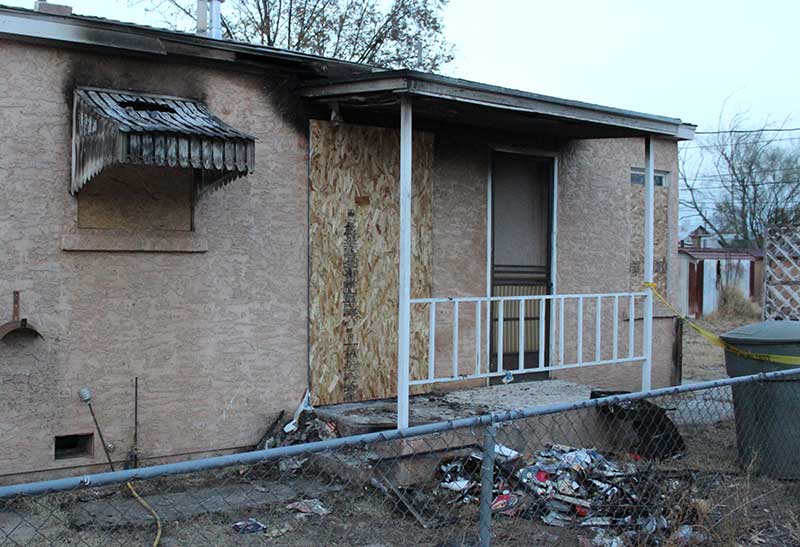 Brooke Curley Photo/Gila Valley Central: A fire in the kitchen could have engulfed the entire house within hours. However, the Safford Fire Department was able to put it out in time.

Extention cords can cause fires

Overheating can occur at the plug, at the socket, or over the entire length of the cord. Hot plugs and sockets are often caused by deteriorated connections to the cord’s wires.

Look for visible signs of excessive wear or damage to the plug, sockets or insulation. Replace damaged extension cords.

Do not overload your extension cord by using it to power appliances beyond its capacity. You can check its capacity, or rating, by looking at the tag on the cord or its packaging.

Do not run extension cords under carpets, through doorways or under furniture. Only use an extension cord outdoors if it is marked for outdoor use. Never alter a cord to change its length or perform inadequate repairs such as taping up damaged insulation. Do not trim, cut or alter the plug blades in any way.

Unplug an extension cord when it is not in use. The cord is energized when it is plugged in and can overheat if shorted.

Discard cords that are old and/or are missing important safety features, including safety closures, polarized blades and a large plug face that covers the outlet’s slots and is easy to grasp to unplug.