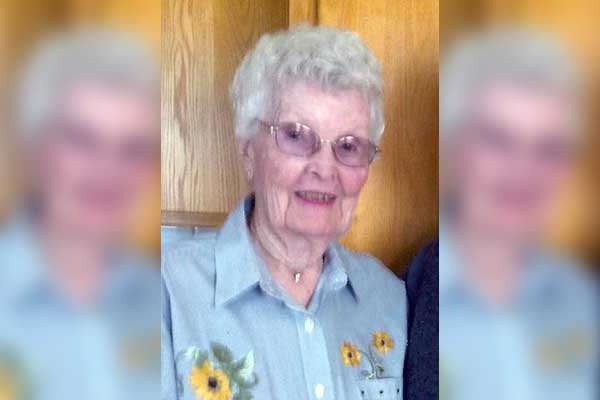 She attended school in Eden, Pima and what is now Eastern Arizona College.  On January 11, 1943, she married her high school sweetheart Ray Colvin in Los Angeles, where Ray was working at the time.  They lived and worked in the area for 50 years before retiring and moving back to Arizona.  Over the years, they made a lot of great friends, enjoying life to it’s fullest.  They made 17 trips to Hawaii and to numerous other places.

Bernice is survived by her husband of 75 years, Ray and 2 brothers, Keith Marshall of Tempe and Steve Marshall of Eden.

She was preceded in death by her parents Burns and Clara Marshall and her sister Carol.

Services will be held at the McDougal’s Caldwell Funeral Chapel on Saturday, August 11th with the viewing at 12:00 p.m. followed by a short service beginning at 1:00 p.m.  Interment will be in the Eden Cemetery.

In lieu of flowers, the family requests that contributions be made to the Eden Cemetery Corporation c/o Steve Marshall, P.O. Box 177, Pima, AZ.