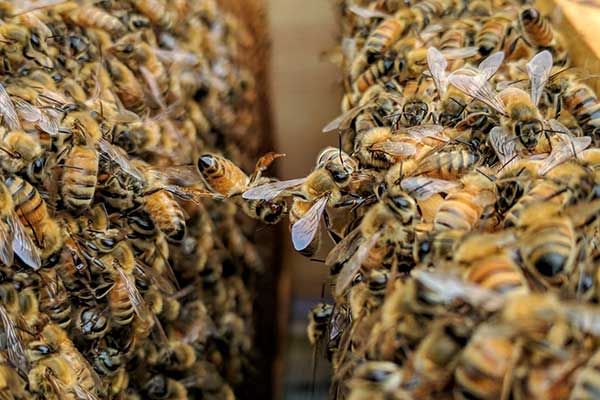 When they met the Fire Chief on 1st Avenue, a fire extinguisher that was filled with soap water was used to knock the bees off of the victim and officer. The two men got into the back of the Chief’s truck and were driven out of the area and met with Lifeline ambulance at another location where they began treating the victim, who was then transported to the hospital. The officer went to the hospital for precautionary treatment and was released. It was reported the victim had been stung appropriately 300 times and would be staying in the hospital for observation.