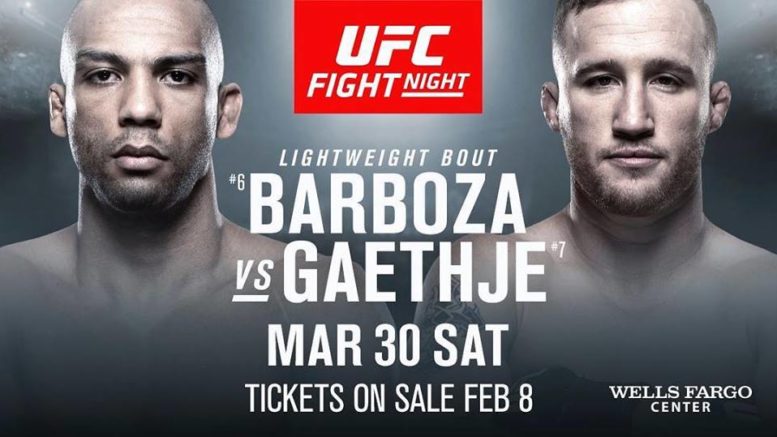 After weeks of speculation, Justin Gaethje confirmed with me today that his next fight is set. The 7th ranked Gaethje (19-2 overall, 2-2 UFC) will take on #6 Edson Barboza (20-6 overall, 14-6 UFC) March 30th from Philadelphia, PA in the Main Event of UFC on ESPN 2.

This will be Gaethje’s first fight since his August 25th one-punch KO of James Vick.

“I’ve always wanted to represent the United States, might as well start with the best in Brazil,” said Gaethje in a phone interview Tuesday. “He’s the best there is.”

The nearly 8 month layoff will be the longest for Gaethje in his pro career. He has been in training camp and has been waiting for the fight to be official.

“You can bet, I’ll be ready,” added Gaethje. “Anymore it’s not just about winning, but how you win. That’s how you get the better fights.”

This will be the first trip to Pennsylvania as a professional fighter but Gaethje had success as an All-American wrestler in college at Northern Colorado.