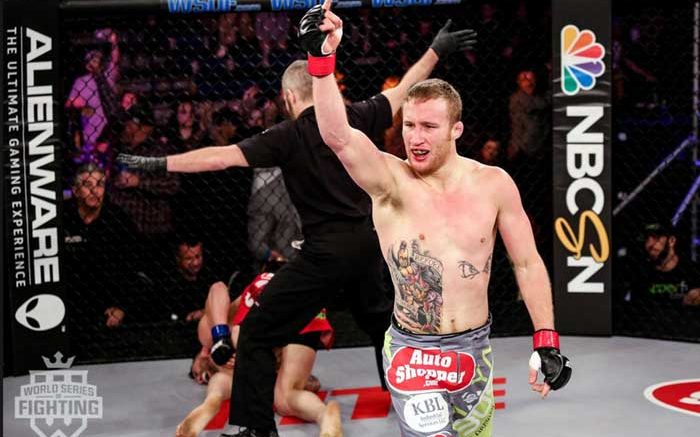 Is in negotiations to join UFC

DENVER – Safford native Justin “The Highlight” Gaethje, 28, will leave the World Series of Fighting (WSOF) as its only lightweight champion. The organization is rebranding itself as the Professional Fighters League (PFL) next year. 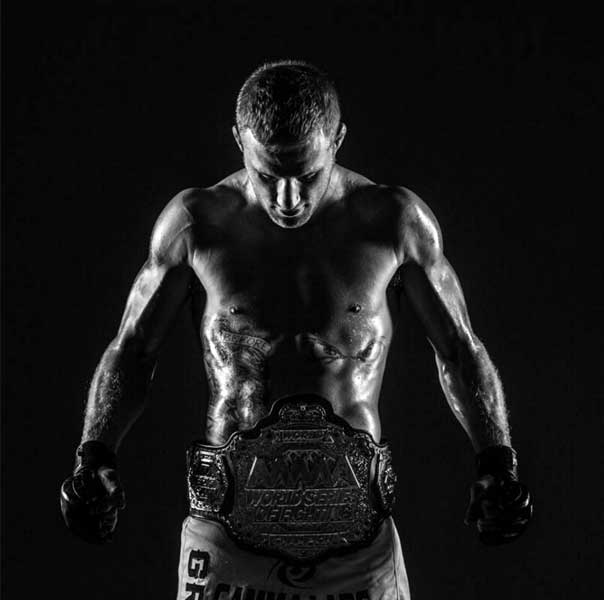 Gaethje, who was a two-time Arizona state champion wrestler for the Safford Bulldogs, began mixed-martial arts fighting while being an All-American wrestler at the University of Northern Colorado. He made his debut Aug. 20, 2011 with a knockout slam against Kevin Croom and amassed a 7-0 amateur record. He signed with the WSOF on Jan. 22, 2013 and quickly rose to become its inaugural lightweight champion with a first-round knockout of Richard Patishnock in January 2014. Gaethje then successfully defended his title five times, as well as a non-title defense because his open didn’t make weight and finished with a 10-0 record.

While Gaethje’s manager, Ali Abdelaziz, reportedly confirmed contractual negotiations with the Ultimate Fighting Championship (UFC) were ongoing, WSOF President Ray Sefo made no bones that’s where Gaethje was going with his announcement on Twitter.

Gaethje answered the tweet with one of his own, writing “Thank you boss. Will always be grateful for the opportunities I was presented with.” 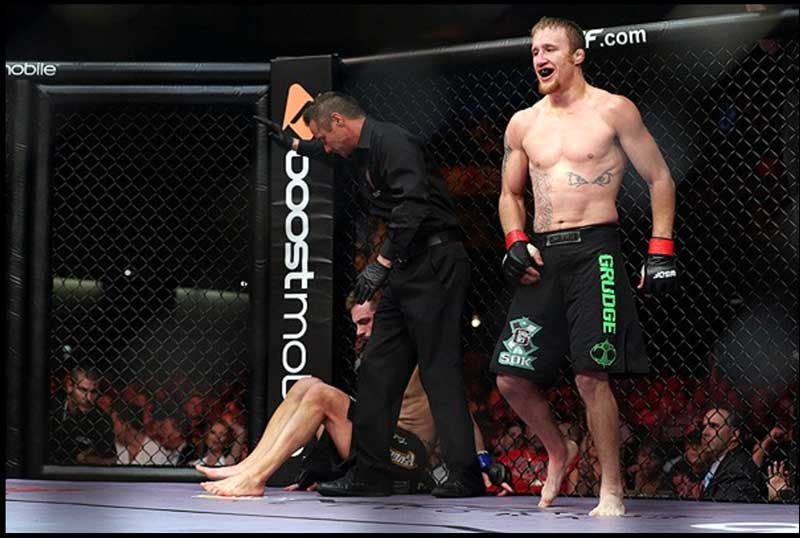 If Gaethje does indeed sign with UFC, he will be the second fighter in the organization with local ties. Matt Lopez, 30, who grew up in Safford before moving to Tucson for high school, won his first match in the UFC in December 2016 after falling in his initial appearance. Lopez ( 9-1 MMA, 1-1 UFC) trains with Gaethje and is scheduled to fight Johnny Eduardo at UFC 212 on June 3.