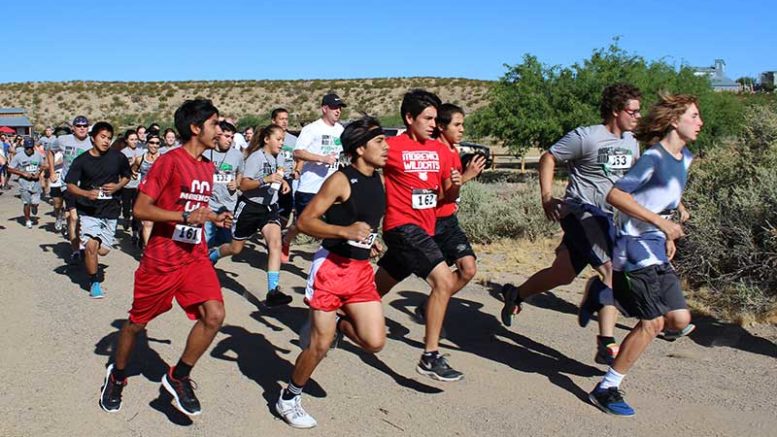 Brooke Curley Photo/Gila Valley Central: The Mental Health Awareness 5K runners shoot off like a gun Duncan Walker won the event with a time of 20.26.

SAFFORD – It was a perfect morning for a run; raising money for a good cause made it even better.

Multiple families and students gathered for the fifth annual Mental Health Awareness 5K event at the Discovery Park Campus in Safford on Saturday. The event was broken into two races. The first race was the 1-mile run, and the second was the 5K run/walk. The theme for this year’s event was, “Don’t Hide it, Fight it!”

The event coincides with May being Mental Health Awareness Month and was initially organized to help erase the stigma surrounding mental health disorders and to encourage individuals in the community to seek help.

Coordinator Lenora Maldonado told Gila Valley Central that it was a member of her organization who had the idea for the event.

“We want to break the stigma,”Maldonado said. A lot of people do not seek help and we want mental health to be just (like) a regular get up and brush your teeth. We want it to be where people know that there’s help out there for them.” 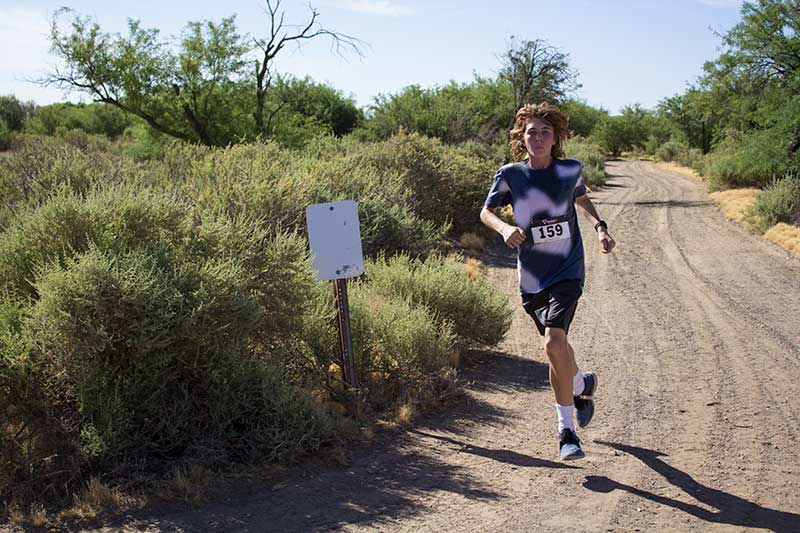 Brooke Curley Photo/Gila Valley Central: Duncan Walker was the first-place winner of the 5K with a time of 20.68.

Walker, who is a cross country runner for Safford High School, previously won the Zombie Run earlier in the year. He said he only decided to run in the Mental Health Awareness 5K the day before and was surprised at his finish.

“I honestly didn’t think I would (win) because I saw people from track this season that beat me in the two miles,”Walker said. “But I guess I won, and it was pretty cool.”

Roughly 80 individuals signed up for the event with more than 60 people pre-registering online. Entire families attended, and Mothers carried their children in strollers and in carriers, while smaller children walked beside them. The fastest runners finished the 5K in roughly 22 minutes, while the walkers took up to an hour to cross the finish line.