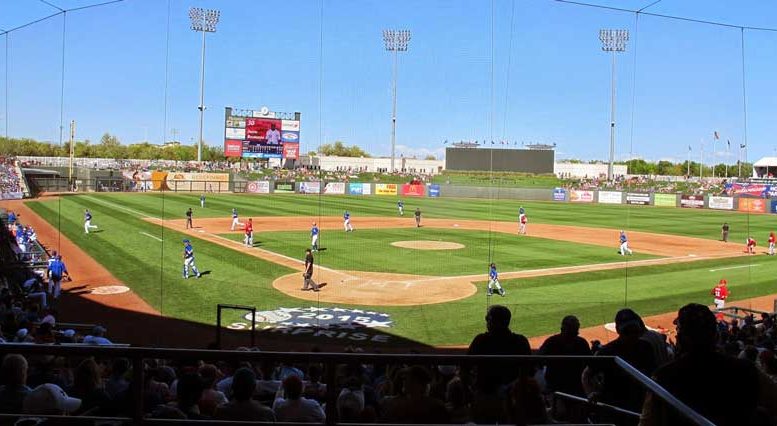 A 5-run seventh inning doomed the Safford Bulldogs as they fell in the state championship game at Surprise Stadium, 6-2, to the Northwest Christian Crusaders.

SURPRISE – A 5-run seventh inning separated the Northwest Christian Crusaders (22-9) from the Safford Bulldogs (22-8) on Saturday night at Surprise Stadium, and gave the Crusaders their second 3A State Championship in three years with a 6-2 win.

With ace junior Gabe Ornelas zipping 83-mph fastballs over the plate, the Safford Bulldogs looked poised to muscle their way to a championship. The strike zone eluded Gabe Ornelas in the later innings, however, and he was pulled while down 2-1 after 6 1/3 innings of work with 4 hits and 2 unearned runs scored on him. Gabe also left runners at first and second who would score after he was pulled from the game. 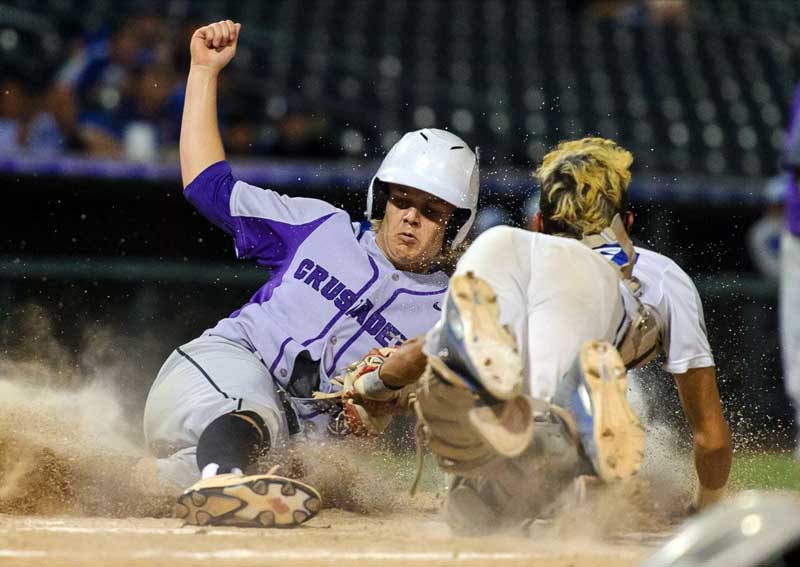 The turning point didn’t come until the top of the seventh inning with the game knotted up, 1-1. At their last bat and with a runner on second base, the Crusaders’ Alex Ponce hit a fly ball to right/centerfield where Bulldog Tevin Broadhead ran into Walker Lewis, allowing one unearned run and putting Ponce at second. Gabe Ornelas intentionally walked Noah Gray and was pulled from the game with runners on first and second.

Curtis Bevens came on in relief and promptly walked the bases loaded. The Crusaders’ Logan Ripple then blew the game open with a bases-clearing double and later came in himself on a 2-out RBI single by Zac Driscoll. After entering tied, the Bulldogs left the inning down, 6-1, and couldn’t muster a rally.

Safford’s first run of the contest came in the bottom of the third inning after Tevin Broadhead blooped a stand-up double into right field with one out and moved over to third on the next batter.

Broadhead then skated home to tie the game, 1-1, when Walker Lewis blooped one to right field that was misplayed. Lewis went headfirst into second on the error. Besides that one inning, Crusaders’ pitcher Merrick Veres kept the Bulldogs guessing with a two-pitch combo that went from a 76-mph fastball to a 62-mph off-speed curveball.

The Bulldogs threatened in the fourth after Gabe Ornelas and Izaiah Aguilar both singled, but with two outs Northwest Christian’s Alec Ponce sprinted to snag a fly out to centerfield.

Gabe Ornelas began to look a little shaky in the top of the fifth inning and threw five straight balls after getting the first two batters out. Gabe then made a pickoff move, and the Bulldogs caught Noah Gray slipping at first base to get out of the inning. 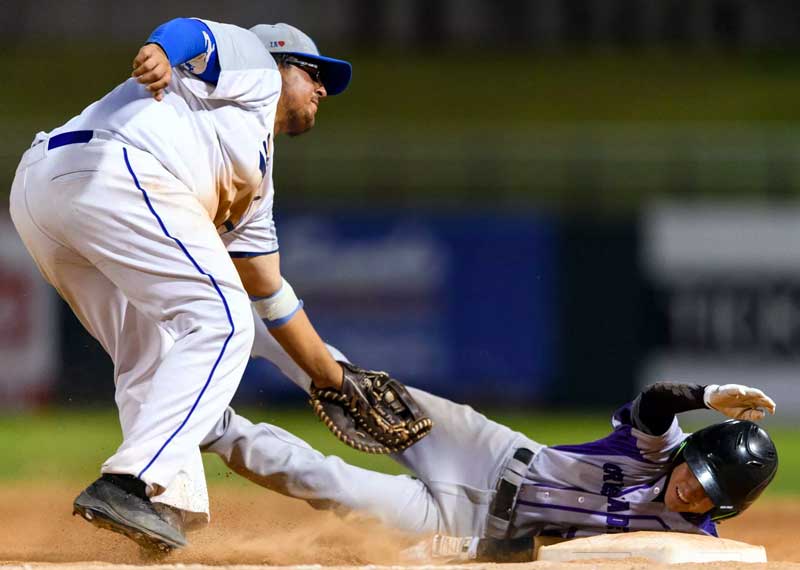 In the bottom of the fifth, Lewis got on with a single and Austin Villalba walked to put runners at first and second with two outs. Gabe Ornelas then came up but could not help out his own cause and grounded out back to the Crusaders’ pitcher, Maverick Veres, and the teams went into the sixth inning still tied, 1-1.

The Bulldogs got into a bit of a jam in the sixth inning as the Crusaders had runners at first and second with just one out and Gabe Ornelas was having trouble finding the strike zone.

After the Crusaders’ big seventh inning, they brought in closer Tyler Worrell, who brought the heat with an 88-mph fastball.

Worrell stuck out the first batter he faced, but Broadhead reached first on an error, stole second and went on home to score on an infield error with Walker Lewis at the plate.

With two outs and Lewis at second base, the Bulldogs’ season came to an end as Austin Villalba grounded out and the game ended, 6-2.