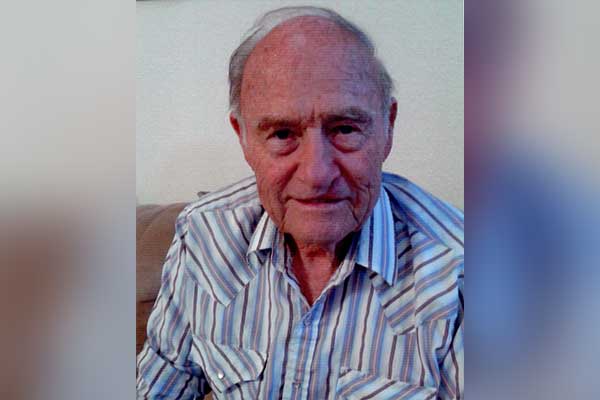 Adrian Glen Briscoe, 88, died November 9, 2020 in Lewisville,Texas.  Adrian was born in Byars, Oklahoma on May 27, 1932 to Charlie Robert Briscoe and Ollie Mae Simmons.  He attended first grade in Byars and then the family moved to Dougherty where he graduated high school.

His childhood adventures were amazing. According to his life story a group of boys in rural Oklahoma could think of more ways to get into trouble. Just think of lakes, snakes and pranks.  As an adult he still enjoyed having fun and tamer adventures.

After high school he moved to Arizona and worked as a house painter for a copper mine. He fell in love and married Birdie Merle Adams. They lived in New Mexico and later moved to Texas where he co-owned a drywall company. He had jobs all over the country and once again had many adventures.

He was a faithful member of The Church of Jesus Christ of Latter-day Saints and enjoyed working with the youth. He liked to stay busy and loved fixing things.

After Merle’s death he found love again and married Cindy Louise Dunham. They blessed each other’s lives and families. And once again he had adventures.

Adrian loved people and always had a joke or a story to tell. He chose the sunny side of life and looked for the good in everything. He had a strong testimony of and great love for Jesus Christ. Although Alzheimer’s took his memory, he left so many happy memories for his family and friends, he was loved and will be missed by many people.

Due to the latest COVID outbreak a change of plans is in order for the services.  A viewing will be held on Friday, November 20, 2020 at 10:00 a.m. at the McDougal’s Caldwell Funeral Chapel followed by the funeral service at 11:00 a.m. with interment in the Virden Cemetery following services.