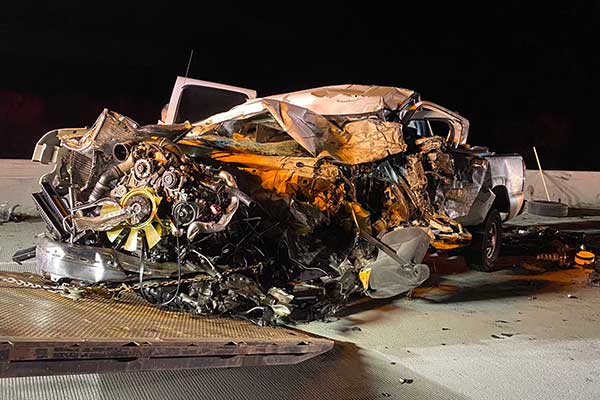 A two-vehicle fatal collision occurred last night (Sunday, February 9, 2020) on US 70 near Bylas. At approximately 6:15 p.m., a Ford truck was westbound when it drove left of center and collided head-on with a Chevrolet truck, which had two occupants.

The driver of the Ford Truck was flown to Banner UMC for treatment of his injuries. Authorities believe that impairment was a factor in the collision.

The deceased driver of Chevrolet Truck was identified as Richard B. Allbee, 51, of El Paso, Texas.