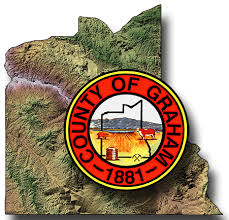 GRAHAM COUNTY – A woman was taken by ambulance to Mt. Graham Regional Medical Center (MGRMC) on Sunday after being injured while changing a large tire.

A Sheriff’s deputy and emergency services were dispatched to the Graham County Fairgrounds at about 4:07 p.m. regarding a 62-year-old woman who had suffered a compound fracture to her right leg.

Upon arrival, the deputy saw a woman sitting inside of a large tire with a man standing over her. Both of the subjects were reportedly screaming.

The man allegedly told the deputy that he was utilizing a forklift to lift their fire truck and change its tire when the tire fell onto the woman. The victim corroborated the man’s version of events, according to a Sheriff’s Office report.

Paramedics from Southwest Ambulance treated the injured woman at the scene and then transported her to MGRMC, where she was treated and released.