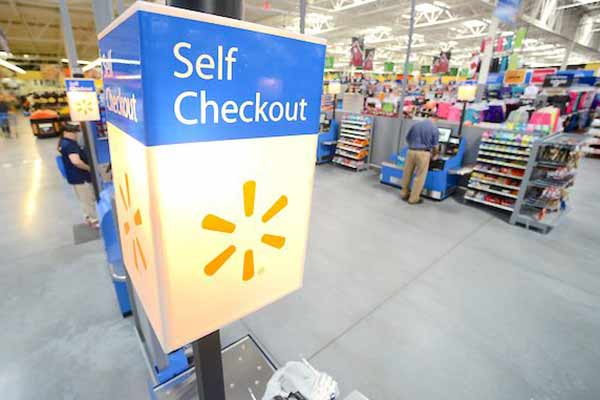 SAFFORD – Two women were spotted on camera at Walmart under scanning their items for purchase. When confronted, they abandoned their basket and left the store.

Police were dispatched to Walmart on Sunday, Feb. 4th to meet with the Asset Protection Employee in reference to two females being spotted on video surveillance under scanning their items. In the video, the women are seen entering the store, loading their basket with merchandise, and proceeding to self check out where they attempted to under scan the items by using a bar code taken from a $0.43 dental floss. In the video one of the females is seen pretending to scan items, but instead scanning the $0.43 bar code in her hand and then handing the items to the other female to place in the basket. The dental floss bar code was scanned 49 times. Three other items were scanned at $0.24 for a total amount of $23.73 after taxes. The first female paid the amount that rang up using the false bar code.

As the women began walking towards the exit, a Walmart employee stopped them and asked to see their receipt. The two females stalled for a moment, and then abandoned their basket and left the store. The total amount of merchandise in the basket totaled $349.52 after taxes. The two women got into a tan colored car that was waiting for them in the parking lot. The case is still under investigation.