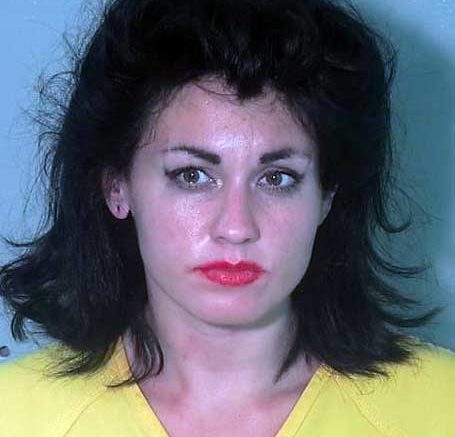 Contributed Photo/Courtesy GCSO: Page Gillespie, 28, was arrested for the sixth time in four months after attempting to retrieve possessions at the Safford Police Department while having two active warrants for her arrest.

SAFFORD – Page Gillespie, 28, was arrested for the sixth time in four months Oct. 24, when she was taken into custody on warrants at the Safford Police Department while attempting to retrieve some of her possessions.

Gillespie had two active warrants for her arrest from Safford Justice Court, regarding possession of a narcotic drug and two separate counts of possession of drug paraphernalia charges.

According to a Safford Police report, Gillespie was contacted while in the waiting room at the police department and was informed about her warrants.

Gillespie, who had come to retrieve her possessions taken during a previous arrest, then became irate and “animated”, according to the report. She was yelling at the officers and saying her arrest was “unfair” as they took her to a processing area.

Gillespie was also in possession of a large purse, which had a syringe, two metal spoons with apparent drug residue and an orange plastic wrap with what appeared to be black tar heroin inside.

Gillespie denied knowing about the items in her purse and said some friends must have put them in there. She previously used the same excuse during an arrest July 1 in which drug paraphernalia was found in her purse.

While being walked over to the jail, Gillespie asked the officer to check her for contraband before being booked. She also advised that she might have a syringe hidden in her bra.

The officer then allowed Gillespie to retrieve the items out of her bra and she produced a syringe, an orange piece of plastic with apparent crystal meth residue, a Q-tip and multiple hairpins.

Gillespie was then booked into the jail on her warrants and was told additional charges of possession of a narcotic drug and possession of drug paraphernalia would be forwarded to the Graham County Attorney’s Office for review. The items were then sent to the Arizona Department of Public Safety’s laboratory in Tucson for testing.