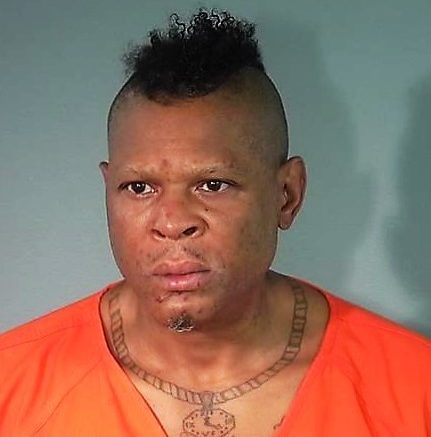 Contributed Photo/Courtesy GCSO: Arnold Turner was booked into jail after being caught with heroin at the Budget Inn.

SAFFORD – The Budget Inn at 1215 W. Thatcher Blvd. is fast becoming the place for cops and alleged criminals to meet each other. 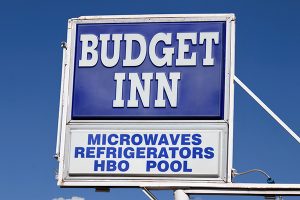 Jon Johnson Photo/Gila Valley Central:
Officers often stake out the Budget Inn due to the propensity of local drug activity there.

Arnold Nathaniel Turner, 49, of Safford, was arrested and booked into the Graham County Jail on Saturday for drug and weapons charges after being caught with heroin and a handgun.

According to a Safford Police report, an officer was observing the Budget Inn parking lot at about 10:30 p.m. when he noticed Turner drive up in a 2002 Hyundai hatchback. The officer noted he was aware Turner had a suspended driver’s license.

The officer questioned Turner about the status of his driver’s license, and, after he admitted it was revoked, Turner was placed under arrest. At that time, Turner allegedly took a cigarette box container out of his pocket and threw it back into the car.

As he was being arrested, Turner advised the officer that he had a handgun on him and the officer removed a .25-caliber semi-automatic pistol from Turner’s pocket. The gun had a magazine with six bullets but none in the chamber. Turner has multiple previous felony convictions, including a June, 1999 conviction for aggravated assault, and never had his right to own firearms restored, according to his statement to police.

Upon inspection of the cigarette container, the officer located a small plastic bag with 2 grams of heroin inside as well as two pills of the semi-synthetic opioid oxycodone. Turner said he is medically prescribed oxycodone.

Turner’s female passenger was searched as well as her rented room but no other illegal items were found and she was released from the scene.

Turner allegedly told an officer that an acquaintance had given the cigarette pack to him earlier that night. He said he was aware there were drugs inside and that it was his intention to ingest the drugs at the motel, according to the police report.

Turner was then transported to the jail and booked on charges of possession of a narcotic drug for sale, possession of drug paraphernalia and two counts of misconduct involving weapons.