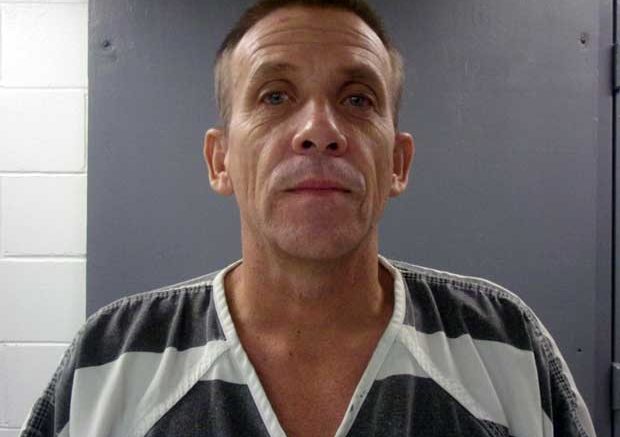 Contributed Photo/Courtesy Greenlee County Sheriff's Office: Myge Allen Earven, 47, was arrested and booked into the Greenlee County Jail on warrants for probation violation regarding his sexual offender status. Earven was located hiding in Honduras and was brought back into the country by U.S. Marshals.

GREENLEE COUNTY – South America is far away but not far enough to get away from the long arm of Greenlee County law.

Myge Allen Earven, 47, was arrested and booked into the Greenlee County Jail on Oct. 30 on a warrant for a probation violation and a warrant for failure to appear for sentencing on marijuana charges. He also faces failure to pay civil judgments against him totaling $69,195. Upon his arrest, an additional charge of failure to register as a sex offender was also added.

U.S. Marshals located Earven in Honduras and brought him back into the United States. Greenlee County then hired a transport company to bring Earven back from the Montgomery County Jail in Texas to Greenlee County. He was booked into the Montgomery jail because the flight to the U.S. landed in Texas and by law, the Marshals have to book their prisoner into the closest jail after landing in the country.

“We are pleased we were able to apprehend and bring him back into our county to move forward with his sentencing,” said Greenlee County Sheriff Tim Sumner. “It’s pretty rare for a small rural county to be able to get someone who has actually fled the United States back into their small rural county jail. So, we’re thankful for the U.S. Marshals who were willing to step up and help us when we asked for their help. Because of that, we are able to come to a successful conclusion to someone who has been on the run for several years and get him back here.”

According to Sumner, the department’s sex offender compliance officer had been conducting residential checks on sex offenders in Greenlee County and realized Earven had been on the lam since late 2014. The Sheriff’s Office then reached out to the U.S. Marshals for help in locating Earven and Sumner advised that he might be in South America.

Earven agreed to a plea agreement, and on June 1, 2004, he pleaded guilty to three amended charges of attempted sexual conduct with a minor. He was then sentenced July 8, 2004, to 10 years in prison, to be followed by lifetime sexual offender probation.

He was released in 2011 but, after being caught transporting 18 marijuana plants in his pickup truck in 2014, a petition to revoke his probation was issued. He was also subsequently charged with transportation of marijuana for sale, possession of marijuana and two counts of possession of drug paraphernalia. After absconding, Earven was convicted after a jury trial in absentia and is now scheduled to be sentenced Nov. 27 at 10 a.m.

Sumner said Earven had multiple probation violations that led to his petition to revoke probation, and that is why he was on top of their list to capture. Sumner added that his department’s sex offender compliance officer is continuing to scour the nation and state for others who are also in violation and that he hopes more arrests are forthcoming.