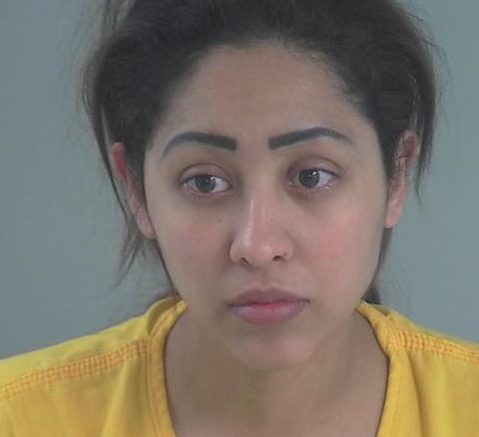 Contributed Photo/Courtesy GCSO: Nichole Cueto was booked into the jail on an assault charge after injuring her father with a pair of pruning shears.

SAFFORD – A woman was arrested and booked into the Graham County Jail on Sunday after reportedly assaulting her father with a pair of Black and Decker pruning shears.

Nichole Cueto, 23, was booked on a charge of assault/domestic violence.

Cueto had actually called the police at about 9:07 a.m. advising that she was being harassed by her father. However, as officers arrived at the scene, one officer witnessed Cueto throw the pruning shears at her father as he was walking away from her.

When another officer arrived at the scene he located the victim, who was self-medicating by smoking marijuana out of a bong. The man, who has a current medical marijuana card, was bleeding from a three-quarter inch puncture wound to his back. The officer applied gauze pads to the wound until paramedics from Lifeline Ambulance arrived and took over the care. The victim was then transported to Mt. Graham Regional Medical Center for further treatment.

The pruning shears were placed into evidence and Cueto was taken to jail without further incident.