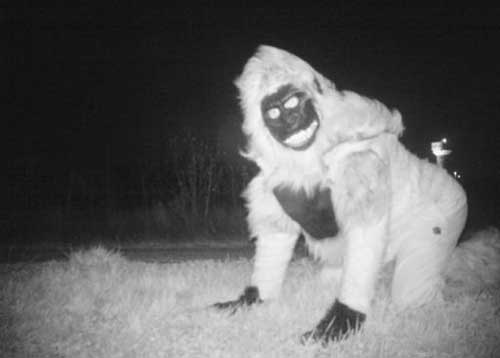 GARDNER, Kan. (AP) — Motion-activated cameras intended to capture images of mountain lions in a Kansas park have instead snapped pictures of pranksters dressed as animals, monsters and Santa Claus.

Police said they found the images on the two cameras at the park in Gardner on Monday.

Interspersed among images of skunks and coyotes were photos of people wearing costumes pretending to be lions wrestling, a gorilla, various monsters and an old person with a walker. And of course Santa made an appearance during the three nights of high jinks.

Cpl. Robert Huff said it was “pretty comical” and “creative.” The pranksters have not come forward.