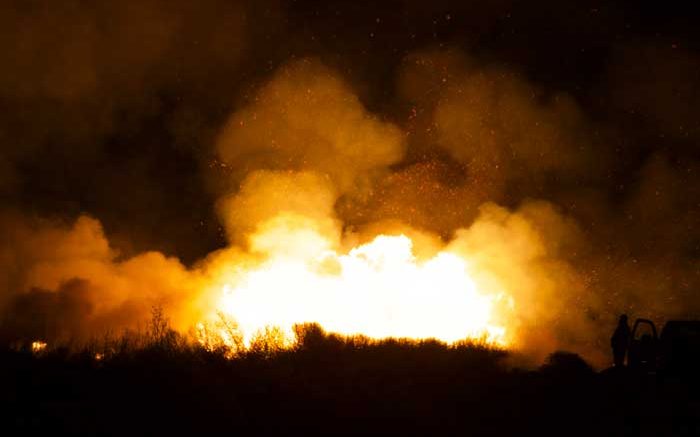 Jon Johnson Photo/Gila Valley Central: A farmhand watches as a fallow field goes up in flames. The workers were clearing the fields by fire for the landowner.

PIMA – A huge wildfire Monday night that burned roughly 100 acres of farmland near Pima was actually a controlled burn to clear the unused land of weeds and brush.

The fire was on two separate fields, just east of Alder Lane. 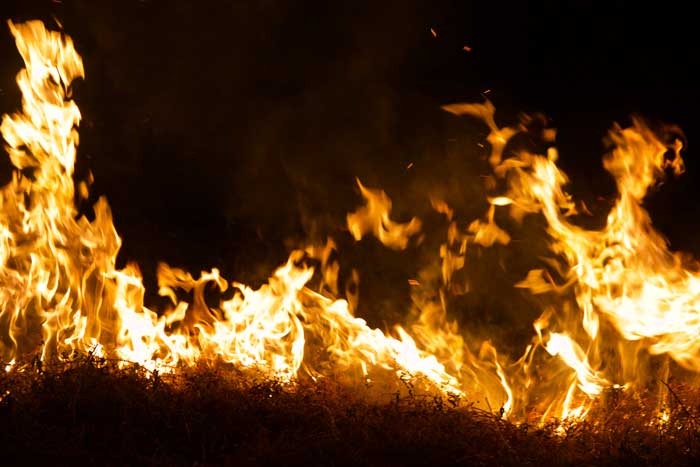 A couple of farm hands who said they worked for Sam Daley began lighting the weeds on fire in the field and soon were surprised at how large the flames grew. One farm hand, who declined to be identified, said the flames rose to roughly 50 feet into the air.

“It was pretty impressive earlier,” he said. “You could just hear it roar . . . There were people flagging us down saying, ‘Do you see the fire? It’s burning.’ I know, we lit it.”

The farm hands burned two plots adjacent to each other, totaling about 100 acres of land. They said the owner of the land asked if they could clear it for him and then intended to just “disc” it with farm equipment, tilling up the soil and weeds, but the weeds were too large, so the decision was made to burn off the brush first. 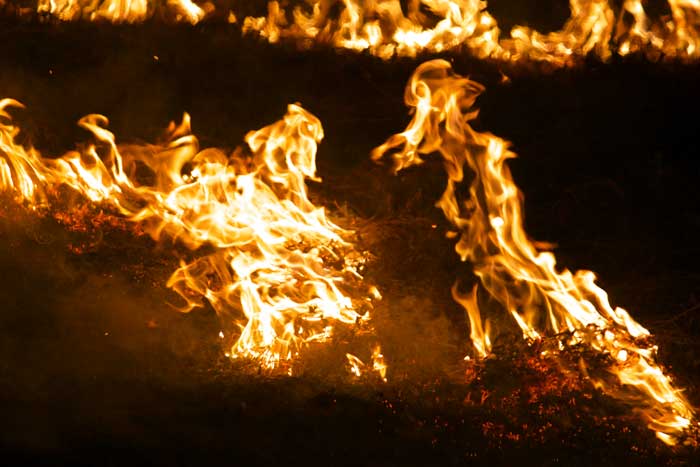 Jon Johnson Photo/Gila Valley Central: The fire burned off tumbleweeds and other brush.

“There were some tumbleweeds in there over 10 feet tall,” a farm hand said.

The men said they had the proper burn permit for the action and, even though they informed the proper authorities, an officer still stopped by to inquire about the blaze. One of the farm hands also said he is a member of a local fire department. However, neither Thatcher Fire Chief Mike Payne or Pima Fire Chief Adam Hoopes said they knew of the man or the burn. The area is in the Thatcher Fire District, according to Hoopes.

While the men began lighting the fire before dusk, burning continued after darkness, which is against controlled burn protocol.