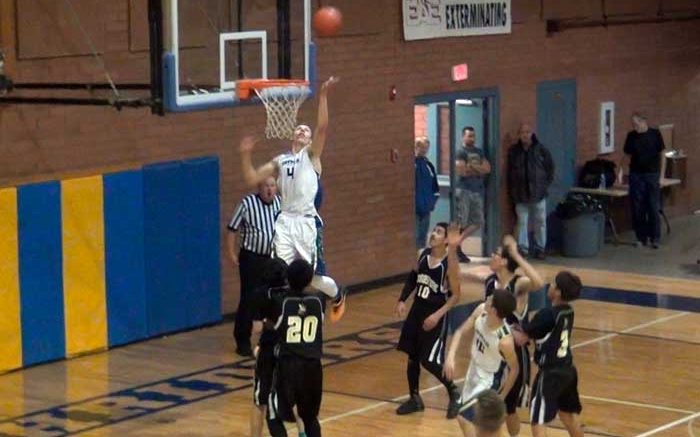 Jon Johnson Photo/Gila Valley Central: Pima's Jarrett Kartchner played above the Tombstone players and above the rim Monday in a 85-36 victory.

PIMA – The Tombstone Yellowjackets (1-2) stung first in their matchup against the unbeaten Pima Roughriders (6-0) but they couldn’t get out from underneath the hole they dug for themselves and succumbed to Pima’s size and pressure by the score of 85-36.

Down early 4-2, Pima’s Jarrett Kartchner sparked a run of 10 unanswered points by scoring 8 of his own in the paint. Karchner finished with a game-high of 26 points on 12-15 shooting from the field.

As Alek Pruszynski’s 3-pointer swooshed through just before the first period buzzer sounded, the Roughriders ended the opening stanza up 29-13, and it only got worse from there. 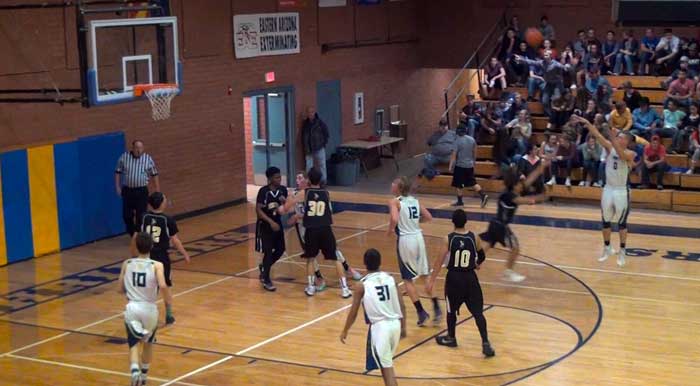 Pima locked down its defense in the second period and held Tombstone to just three points in the period as the Yellowjackets had just a lone, long-distance 3-pointer go through the hoop. The Roughriders didn’t have any trouble finding the hoop as they continuously banged the boards and got easy put backs. They also scored frequently on fast breaks created by turnovers. Tombstone had 15 turnovers in the first half alone and 19 for the game compared to 12 for Pima.

Conversely, Tombstone had just a single offensive rebound for the entire game paired with 10 defense rebounds. With its size and dominance down low, Pima easily won the rebounding battle, listing 19 offensive and 19 defensive rebounds for the game.

The starters made an appearance in the third quarter but most of the second half was played by Pima’s bench, which outscored Tombstone 32-20.

Tombstone had three players in double figures, led by Louie Ayles with 11 points and Joey Schaub and Maxwell Blackwell with 10 points each.

Pima beat winless Bisbee (0-4) on Tuesday night, 91-49. The Roughriders will next head up to Flagstaff to play in a tournament Thursday through Saturday.

After going 2-2 in the Phoenix Christian Tournament, the Pima Lady Roughriders (6-3) returned home Monday to knock over Tombstone (1-2), 46-19.

Pima was led by 17 big points from Jessica Sherwood whose shot was sure all night. Cherish Reynolds just missed double figures and finished with nine points.

Pima beat Bisbee (1-2) on Tuesday night, by a score of 51-32. The Lady Roughriders will travel to Willcox on Thursday. 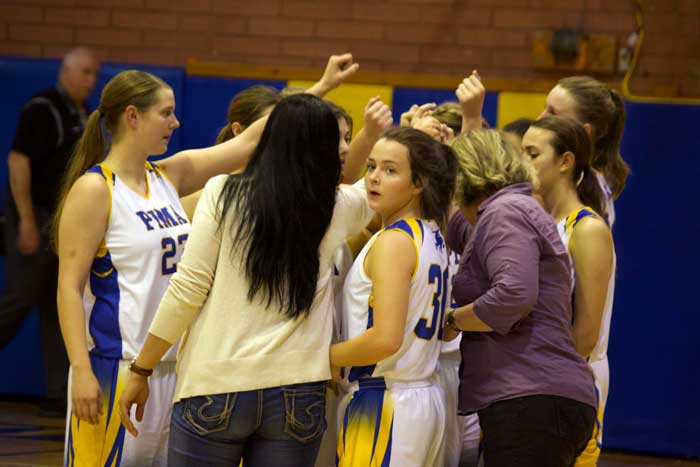