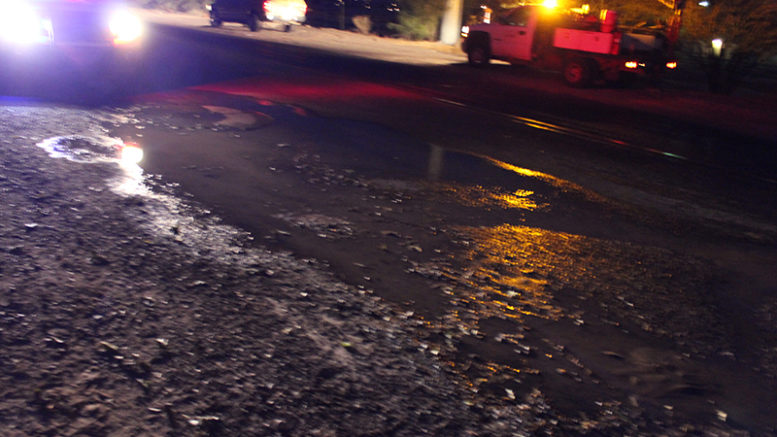 THATCHER – It’s going to be a very long night for the Safford employees, and it won’t have anything to do with making sure presents are wrapped and under the Christmas Tree. The water main in Thatcher along First Avenue is leaking once again and crews have already been called to dig up the pipe to survey the damage. 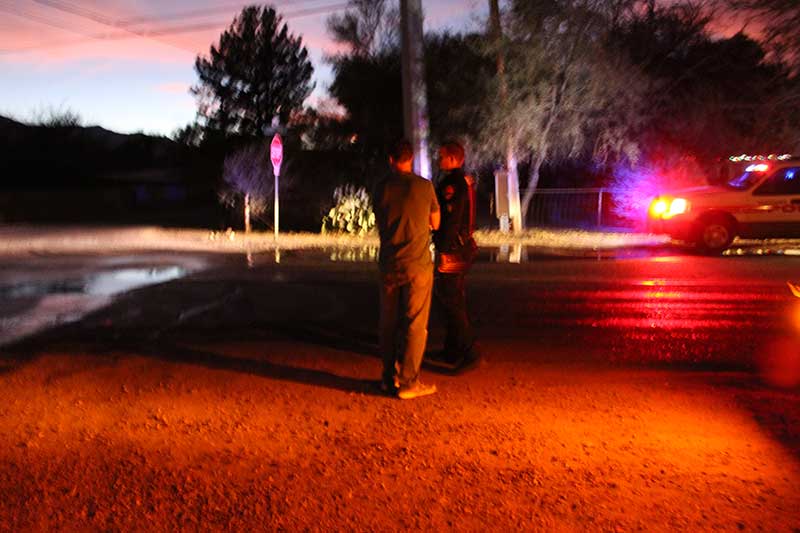 Brooke Curley Photo/Gila Valley Central: A Thatcher Police officer and a resident speculate as the water pools in the street.

At this point, the tractors have been called and the town of Thatcher police are blocking off the intersection at 8th Street and First Avenue in Thatcher. As many might remember, the water line cracked last January, sending water flowing down the street. This break seems to be less free-flowing, but the city of Safford employees were hesitant to give any speculation to Gila Valley Central as to what might happen next and if individuals in Thatcher might wake up without water on Christmas. However, city employees are definitely sure that they are in for a long night of digging in mud and water. 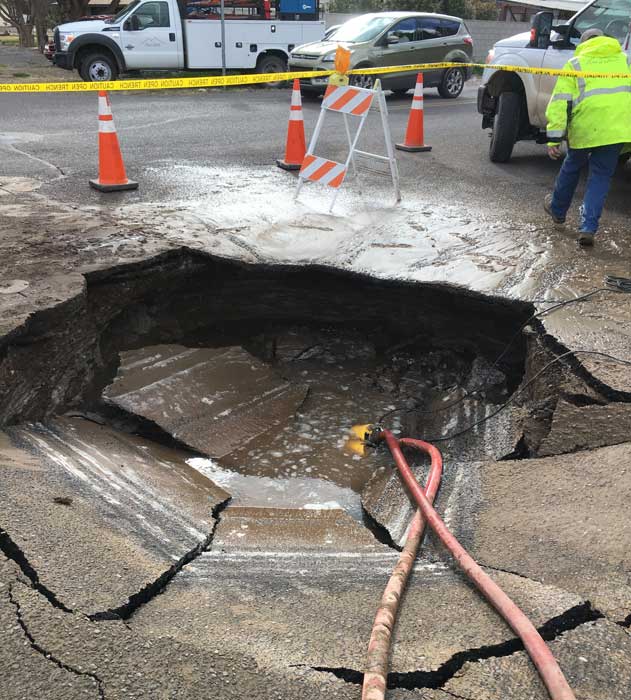 Contributed Photo/Courtesy Nathan Estes: A repair crew drains the water to get to the damaged pipe last January. The same pipe has burst again.

The pipe that is currently leaking is a 10-inch water main underneath First Avenue. When Gila Valley Central interviewed the City of Safford employees the last time the main leaked, the staff said that the pipes in the area date back as far as the 1930s.

Update: Several hundred homes had to have their water shut off for the repair, according to Safford Utilities Director Jenny Howard. Crews have worked through Christmas Eve night to repair the damage.