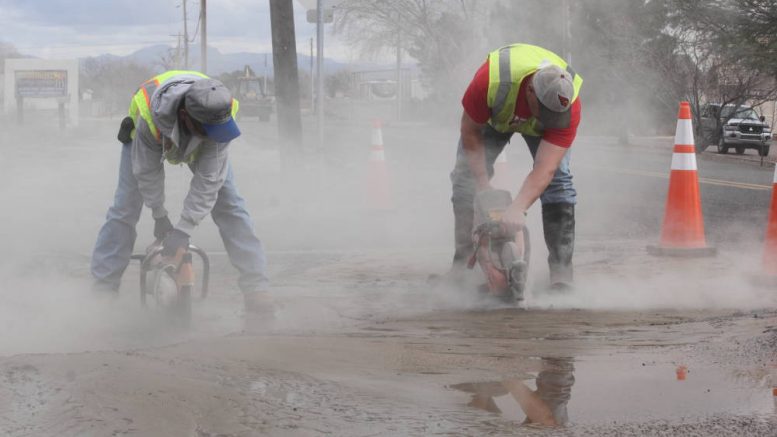 THATCHER – A 10-inch water main underneath First Avenue near the intersection with 8th Street in Thatcher apparently ruptured shortly before noon Monday and sent water flowing down the street and into storm drains. The water seeped up through hot patch cracks in the asphalt and out of a manhole cover until Safford Utilities arrived at the scene about 30 minutes after the leak and turned off the water. No homes or businesses seemed to suffer any flood damage, and a field next to a Baptist Church appeared to soak up much of the runoff that didn’t go into the drains. 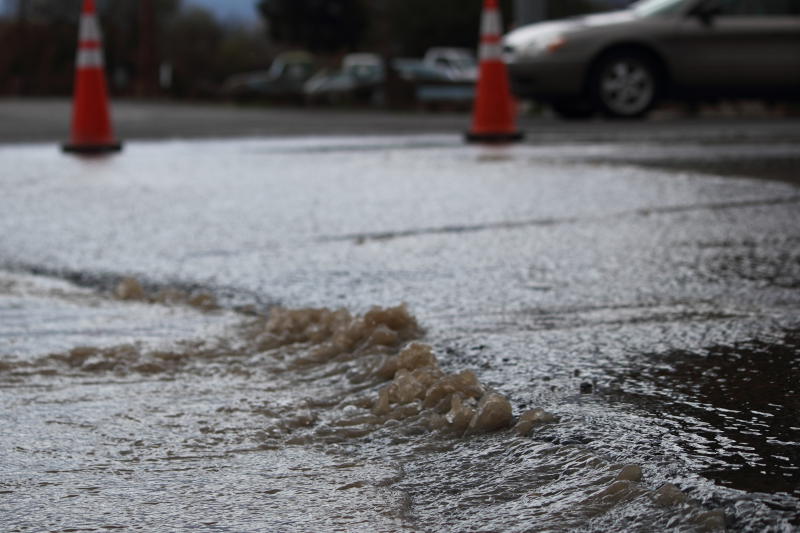 Eric Burk Photo/Gila Valley Central: Water seeps up through the asphalt on First Avenue in Thatcher.

A Thatcher police officer initially cordoned off the area before Safford Utilities workers arrived to assess the situation. Safford Field Supervisor Rob Claridge said breaks like this are normal for the season.

“Periodically, we have main breaks,” Claridge said. “They’re caused by temperature changes this time of year.” 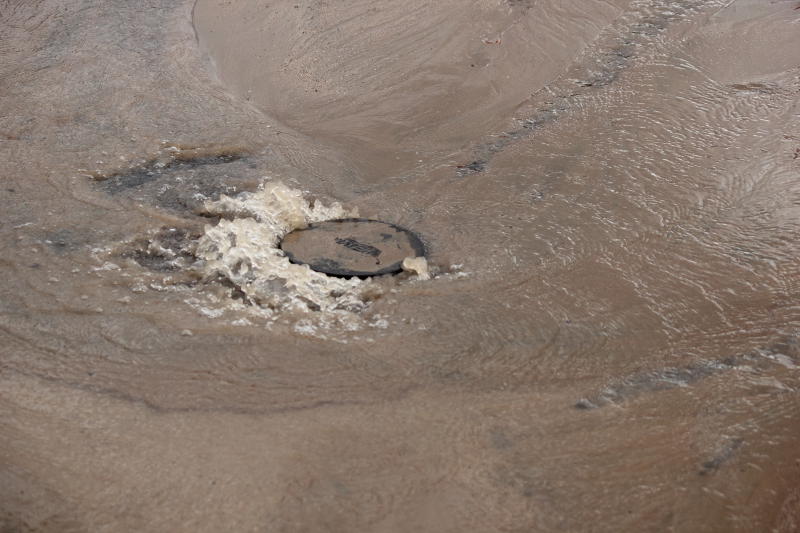 Safford had a six-man work crew at the scene and were utilizing concrete saws, a backhoe and a dump truck to cut open the road to get to the pipe underneath and haul away debris. Claridge said the fix could be a simple two- to five-hour fix if the break is clean or it could take into the early morning hours depending on how the old, cast iron pipe cracked. According to Claridge, the pipes in the area date back as far as 1930. 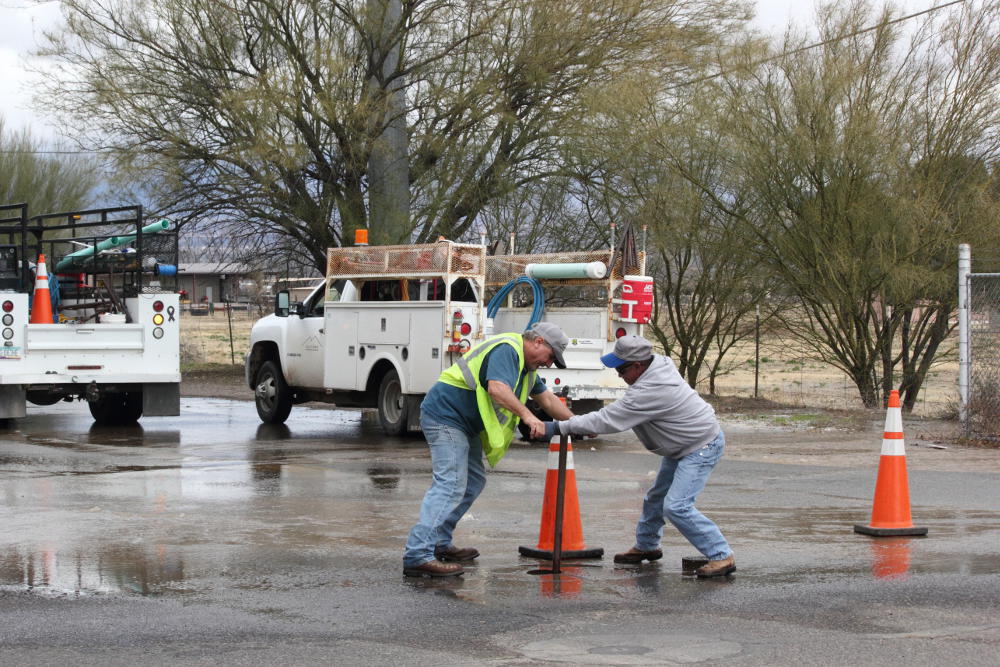 With fewer main valves in the area than ideal, a greater number of water customers could be without water until Tuesday. As it is, Claridge estimated roughly 50 people to be in the affected area.