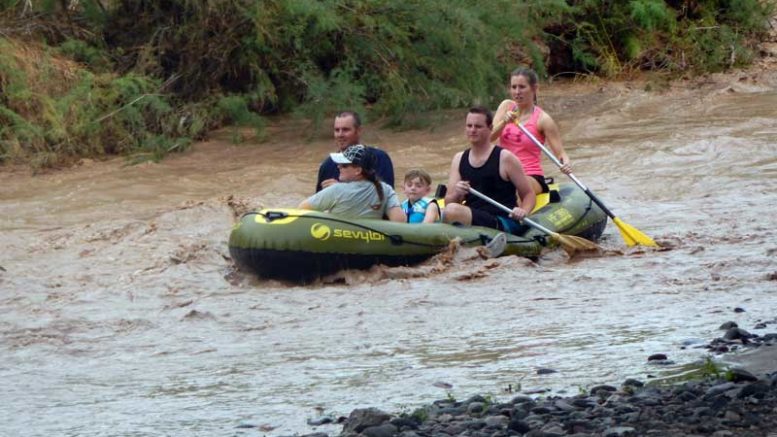 Photo By Mike Bibb: Rafters make their way down the Gila River by the 8th Avenue Bridge on Tuesday. Recent rains have given enough precipitation to make the formerly parched river navigable, at least in some parts.

Yeah, it’s weird. Imagine, there’s finally enough water in the Gila River to float a raft. I Haven’t seen that in awhile.

Tuesday afternoon, July 25, I noticed a small inflatable raft drifting down the river by the 8th Avenue Bridge north of Safford. There were five passengers aboard, each seemingly having an enjoyable excursion – a rare adventure due to the lingering drought.

Until a week or so ago, the river was nearly dry, but recent rains in the San Francisco and Gila River Watersheds in eastern Arizona and western New Mexico have finally brought a little relief – and recreational opportunities – to the parched region.