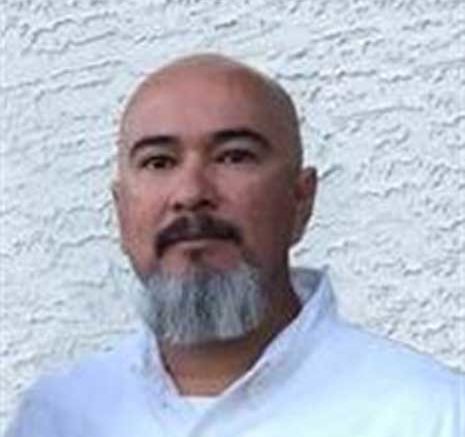 Jaime "Dax" Gonzales died Thursday after suffering a self-inflicted gunshot to his head. He was found alive while floating down the Gila River but later died from his injury.

GRAHAM COUNTY – A man who was found floating in the Gila River with a gunshot to his head apparently shot himself.

Jaime “Dax” Gonzalez, 43, was listed as deceased after going into cardiac arrest in a LifeNet helicopter while en route to Banner-University Medical Center on Thursday. The helicopter turned back and instead landed at Mt. Graham Regional Medical Center, where Gonzalez was officially pronounced.

A deputy was initially dispatched to the area of the first boat ramp in the Gila Box of the Gila River at about 11:44 a.m. after a man who had taken his dogs for a walk noticed Gonzalez in the river. The caller said the man was floating down the river with obvious trauma to his head but was still alive and moaning. The caller lost sight of the man as he went around a bend and then went to a high point so his cell phone call to authorities would go through.

Upon arrival, the responding party pointed out Gonzalez to the deputy, who then entered the river and pulled the victim to the south embankment. As more law enforcement arrived, the deputy was informed that a Jeep and a gun were located upstream in the lower parking lot for Bonita Creek.

LifeNet 10 landed near the scene and Gonzalez was loaded into the helicopter for the flight to Tucson but did not make it.

Investigators later examined the area the Jeep was located and collected a Taurus .380 pistol with three live rounds in its magazine and a spent cartridge. The investigation concluded that Gonzalez had shot himself and then went into the river.

“From the conditions at the scene, evidence found at the scene and the statement from the reporting party, it appears the subject Jaime Gonzalez died from a self-inflicted gunshot wound,” an investigator’s report stated.

Water in the Gila River