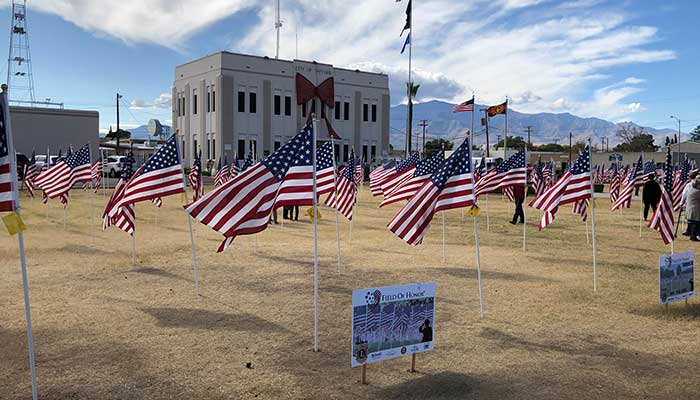 Veteran’s Day activities in the Gila Valley began with a parade down Main Street in Safford at 9:30 a.m., ending at the Graham County Courthouse. A large American Flag was hung from a fire engine ladder above Main Street at 7th Avenue as the parade came down the street.

At 11:00, a Veterans Day Ceremony was held at the Graham County Courthouse. The EAC band performed a patriot concert prior to the ceremony. American Legion Commander, Steve Oller, was the Master of Ceremonies. The ceremony was opened with a prayer, followed by a welcome from Oller. Sapphire Sound sang The Star Spangled Banner while the flag was raised for the ceremony. 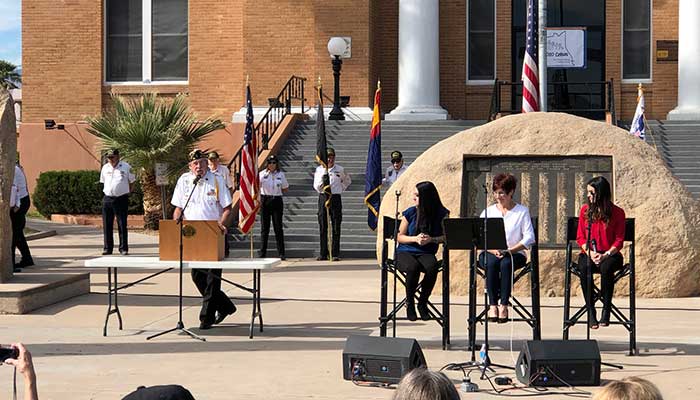 Joe Sorrelman, the sole survivor of the Morenci 9 was recognized at the event. The Morenci 9 were Morenci High School Graduates of 1966 that enlisted in the Marine Corps during the Vietnam War. Six of the nine were killed in Vietnam.

The Field of Flags will remain on display on the City Hall lawn through Saturday, November 16, 2019.