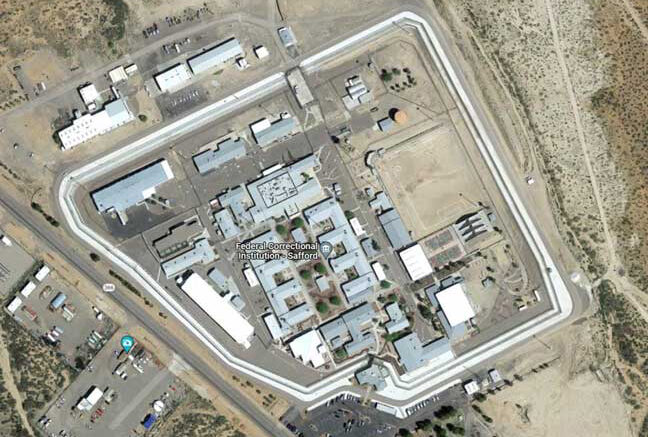 WASHINGTON, D.C. — The union for federal prison guards and staff is calling for an end to a hiring freeze implemented at the start of the pandemic, as well as a 25 percent retention bonus to existing officers and staff.

A letter from American Federation of Government Employees Council of Prison Locals No. 33, signed by 17 prison union representatives, including Christopher Ornelas, who is Local 2313 president for FCI-Safford, was sent in December to Bureau of Prisons Regional Director Melissa Rios. It was made public Wednesday said staff safety is being compromised by the low level of staff at the region’s prisons.

“The hiring freeze has turned the staffing crisis into an emergency. Our staff are being stretched thin and worked to the breaking point. The staff morale and welfare is at an all-time low. The fear of staff committing suicide are now reality, and it is happening at a rate that is heart wrenching,” the letter read.

Gila Valley Central’s e-mail requests for a statement from the Bureau of Prisons were not immediately returned.

The last time the Bureau of Prisons publically addressed the issue of staffing was Feb. 10, 2021, when a national hiring initiative was announced. The press release stated the Bureau of Prisons “paused internal selections and will focus its human resources on recruiting highly qualified candidates from outside the agency.”