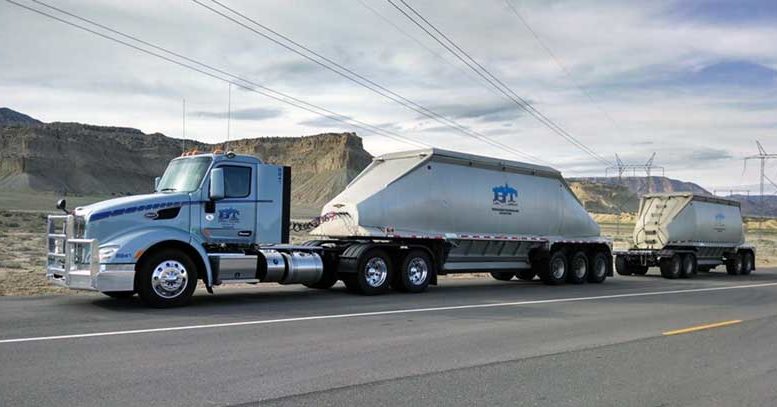 A tanker truck from Barney Trucking had a slight sulphuric acid leak on the roadways of Reay Lane and Safford/Bryce Road on Monday. Pictured is a different truck from the company's Facebook page.

GRAHAM COUNTY – A trail of sulphuric acid leaked out of a tanker truck near Thatcher early Monday afternoon.

The Graham County Highway Department and Sheriff’s Office were called out to the spill at about 2:30 p.m, which was described as a trail about 100 to 150 feet long starting on Reay Lane and continuing eastbound onto Safford/Bryce Road.

The truck was operated by Barney Trucking and was taking the acid to the Safford Operations mine ran by Freeport McMoRan Copper & Gold Inc. Barney Trucking has a local operation’s center but is headquartered in Salina, Utah.

The trucking company self-reported the spill to the highway department and sent their own crew out to clean the area. While there was no crash or rollover, the company didn’t immediately explain how the spill occurred.

Sulphuric acid is highly corrosive and will accelerate the corrosion of asphalt. When a spill occurs, hazmat crews counteract the acid with a high PH alkali, such as soda ash or baking soda, to bring the affected area closer to a neutral level.

Still, the spill could have a detrimental effect, so the highway supervisor asked the deputy to document the event in case the roadway deteriorates quicker than the rest as time goes by.

Roughly 45 minutes after the spill was reported, the clean up process was complete and the roadway was cleared, according to Graham County Sheriff P.J. Allred.