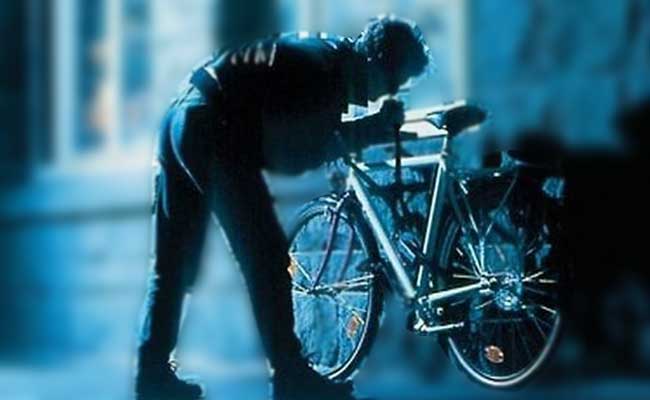 Safford police responded to a residence on Central Avenue on Friday regarding burglary and theft of a bicycle and assault of the bike owner.

The bike owner reported the theft at approximately 3:00 a.m. He told police that he was in bed when his dog woke him needing to go outside. When he took his dog outside he saw a white Ford truck with a utility bed and ladder rack parked on the street outside his driveway. The man said that he saw a bike in the back of the truck and recognized it as his. He told police that he approached a black male with a muscular build and mohawk, and a Hispanic male asking why they had his bike. The Hispanic man apparently had a taser that he kept arcing toward the bike owner’s dog.

When the man went to get his bike off the truck the black suspect allegedly head-butted him and drove away with the bike. While talking with the man, officers noticed that his nose was swollen and bleeding and his lips were also swollen.

The victim told police that he had seen the alleged thief around the neighborhood. One of the officers showed the victim a picture of a man they thought might be the suspect. The victim said the he believed that was the man. The police put out an Attempt to Locate (ATL) for the suspect but were unable to locate him that night.

Saturday night at approximately midnight, county deputies contacted Safford police because they had detained the man with an ATL on Lebanon Loop and 14th Avenue. A Safford officer went to the scene to interview the man but he denied any involvement in the bike theft and assault. The man claimed that he was home the evening of the burglary and assault and never left his house. Police took down contact information and left the scene.

The incident remains under investigation.