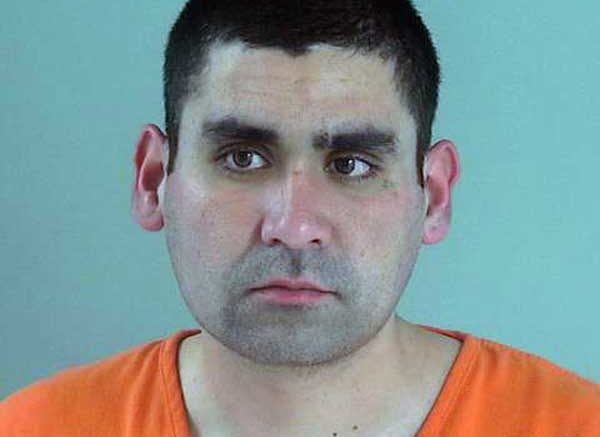 Safford police were dispatched to Walmart last Friday regarding an intoxicated man who had attempted to steal some merchandise. Officers arrived at approximately 7:40 p.m. Store employees said that a man had attempted to walk out of the store carrying merchandise. When asked for a receipt, the man took of his shirt, threw it at the employee and left without wearing a shirt. The merchandise was recovered.

Officers were not able to locate the suspect at that time but were called back to the store a little later. The same man, later identified as Joseph Villescas, was back in the store allegedly stealing merchandise.

The officer made contact with Villescas who appeared to be intoxicated and placed him in handcuffs. The officer escorted him out to his patrol car and searched his pockets. In one pocket he found an electric hair trimmer, which had been removed from the packaging. In the other pocket he found the hair trimmer’s accessories.

The officer met with loss prevention personnel who told him that Villescas had taken another shirt that was recovered in the store. The shirt was damaged because it had blood on it. The merchandise Villescas reportedly took was valued at $84.52.

A breath test indicated Villescas’ blood alcohol level was .290%. After being medically cleared, he was booked into the Graham County jail.