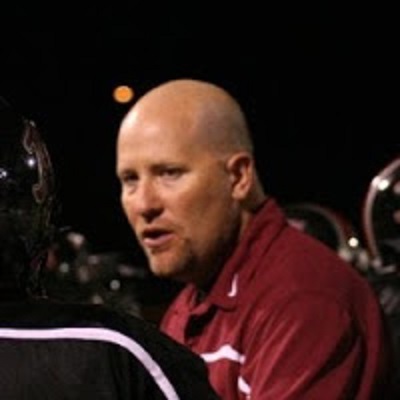 THATCHER — As soon as he picked up the phone Thursday you could hear the enthusiasm in Dan Jones’ voice. Pending School Board approval, Jones will be the new football coach at Thatcher.

“This is my dream job,” said Jones. “This isn’t a stepping stone or resume padding. I’m moving my whole family and I want my kids to be a part of Eagle Nation.”

Jones isn’t moving blindly into his first head coaching job though. His brother, Russ, has been the defensive coordinator at Thatcher the last few seasons and is a big reason Dan took the job.

Jones has been on the coaching staff at 6A Desert Ridge High School for the last 14 seasons under former Blue Ridge teammate Jeremy Hathcock. In part of those year’s he served as the Defensive Coordinator, a role he believes he will keep when he gets to Thatcher.

“Thatcher reminds me of Blue Ridge when I played,” proclaimed Jones. “It just means more when you have the town’s name on your jersey.”

Coach Hathcock had high praise for Coach Jones when I reached out to him. “Dan has been my film guy, D-line Coach, Linebacker Coach and Defensive Coordinator. He can do it all, ” he said.

Jones will be taking the Eagles into their first 3A season and likes their track record against 3A opponents but without knowing the 2020 schedule yet, he can’t begin to predict the season.

Coach Jones says you will see a lot of the same type of offense that the Eagles have been known for. He will run a blend of the Veer and the Wing-T and will be very much a run first team. “I like the way you can control the clock and the game with the run,” Jones said.

Jones plans to be in Thatcher for Spring practice if school gets back in session. If not, he will be here for summer workouts.

“I’m just excited to get my family moved to Thatcher and start meeting the guys,” said Jones.