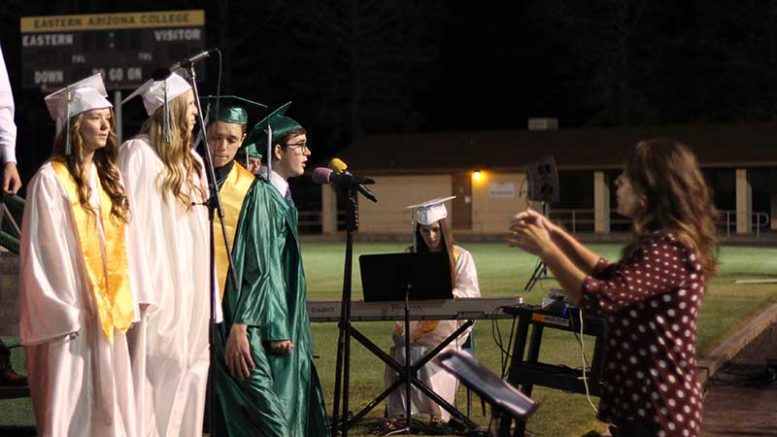 THATCHER – A graduation commencement, although a somber event, was made cheerful by good music and humor as Thatcher grads looked forward hopefully and back gratefully.

An arrangement by the Piano Guys was performed as a prelude, previewing the graduate march to “Pomp and Circumstance.” After the march, the National Anthem was sung by the Thatcher High School Quartets, followed by a performance of Katey Perry’s “Rise” by the Thatcher High School Show Choir. The performance included a constant changing of singers as they transitioned through the song and a student beatboxing in the background. 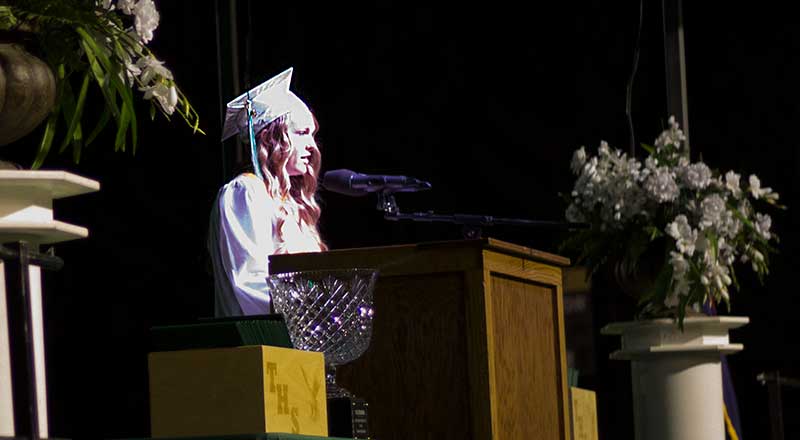 “All these things we’ve accomplished weren’t handed to us on a silver platter,” McBride said. “They took hard work and determination. We made them happen. This hard work brought the results we were hoping for, and in a sense, made the impossible, possible.”

Valedictorian Katie Baldwin shone in a comical and encouraging way as she read to those attending the statements and wishes she had collected by various faculty members. Baldwin urged graduates to think outside the box, live the life they wanted and always be thankful for the people who helped them along the way.

“Well class, we did it,” Baldwin said. “We just made it through the easiest 18 years of our lives, whoo! Try the things you always wanted to try, do the things you’ve always wanted to do. Take Mrs. Woodward’s advice and go shoe shopping every once in a while. Starting today, live the life you’ve always wanted. Be a doer. Above all else, in the midst of going forward with our life and looking ahead and creating plans, always remember what you already have.” 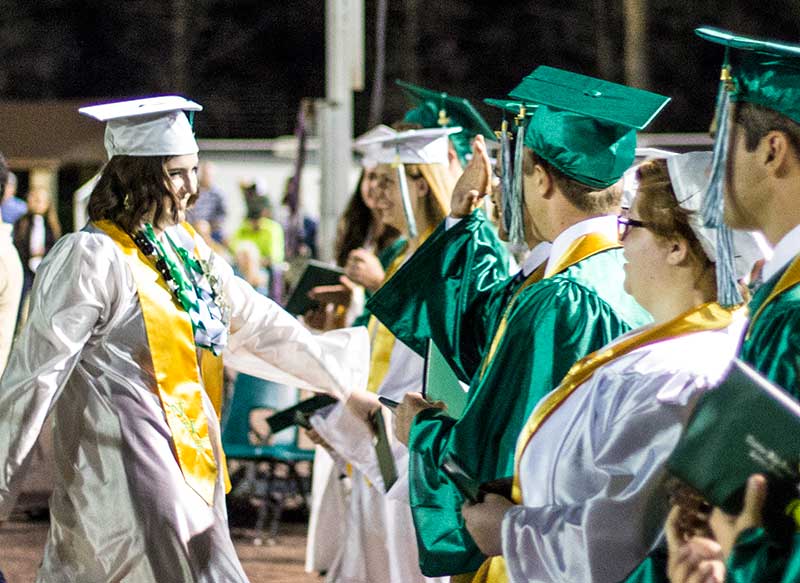 Paul Nelson, Thatcher’s outgoing superintendent, presented the class, and Preston L. Alder, President of the Board of Education, accepted the class. Afterward, Kenny Smith and Todd Haynie awarded the Diplomas to the grads of 2017.