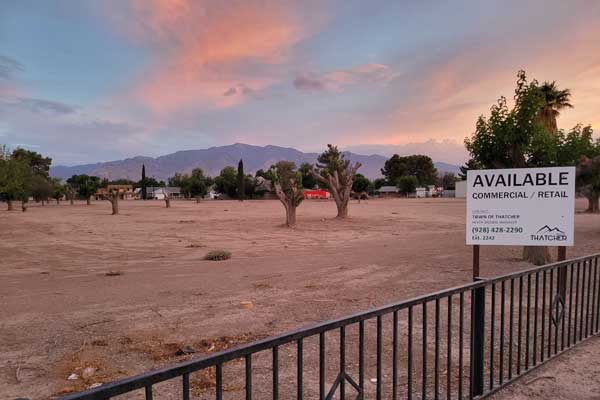 During Monday’s meeting, the Thatcher Town Council unanimously approved the sale of 0.56 acres of land to American Southwest Credit Union for $120,000.

Town Manager Heath Brown said American Southwest Credit Union would be responsible for its share on infrastructure at Red Lamp, which is an estimated $130,000.

The plan is to get the building up quickly.

“They’ll go as fast as possible,” Brown said. “I don’t have a date for you, but I would hope in two- to four-months we will actually start construction. That will depend on if we use town crews or if we contract.”

American Southwest Credit Union is based in Sierra Vista and has branches in Benson, Sahuarita, Douglas and on Fort Huachuca.

Brown said at least two more businesses are interested in the Red Lamp business development and he informed the council of those negotiations during closed executive session.