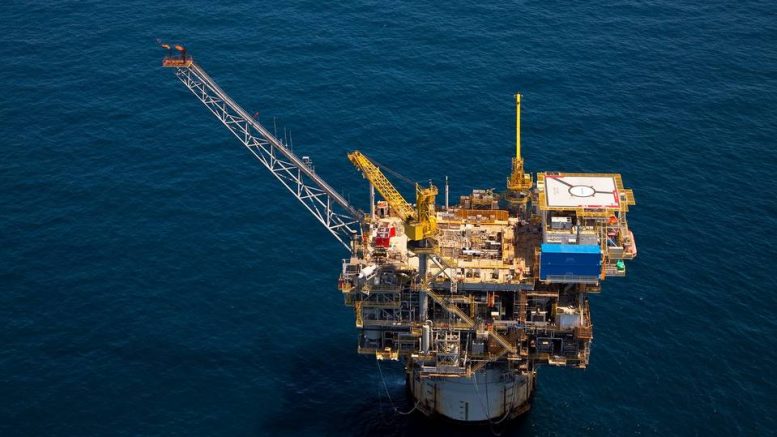 Contributed Photo: Freeport-McMoRan announced the completion of the sale of its Gulf of Mexico deepwater oil and gas assets to Anadarko Petroleum Corp.

PHOENIX – Freeport-McMoRan Inc. announced Sept. 12 that its oil and gas subsidiary, Freeport-McMoRan Oil & Gas (FM O&G), has entered into a purchase and sale agreement with Anadarko Petroleum Corporation (APC) for the sale of its deepwater Gulf of Mexico (GOM) properties for $2 billion with up to $150 million in contingent payments.

The contingent payments would be received over time as Anadarko realizes future cash flows in connection with FM O&G’s recently completed third-party production handling agreement for the Marlin platform. Anadarko will also assume future abandonment obligations associated with the properties which had a book value of approximately $0.5 billion at June 30, 2016.

Richard C. Adkerson, President and Chief Executive Officer, said, “We are pleased to announce this transaction which brings our total 2016 asset sale transactions to over $6 billion and reflects our commitment to debt reduction and our focus on dedicating our capital and management resources to our global leading copper business. With our announced asset sale transactions combined with cash flows from operations and previously announced at-the-market equity transactions, we are on track to achieve our stated balance sheet objectives. We congratulate our deepwater GOM team on developing a strong portfolio of assets that will enable Anadarko to build on our success. We look forward to closing both the deepwater GOM transaction and the previously announced Tenke transaction during 2016 and to continuing to execute our plans to enhance long-term value for shareholders.”

The transaction has an effective date of Aug. 1, 2016, and is expected to close in fourth-quarter 2016, subject to customary closing conditions.

Preferred shareholders in FM O&G’s consolidated subsidiary, Plains Offshore Operations Inc., are entitled to receive $582 million in connection with the transaction. The remaining net proceeds will be used for debt repayment.

Freeport is a premier U.S.-based natural resources company with an industry-leading global portfolio of mineral assets, and is the world’s largest publicly traded copper producer. Its portfolio of assets include the Grasberg minerals district in Indonesia, one of the world’s largest copper and gold deposits; significant mining operations in the Americas, including the large-scale Morenci minerals district in North America and the Cerro Verde operation in South America.