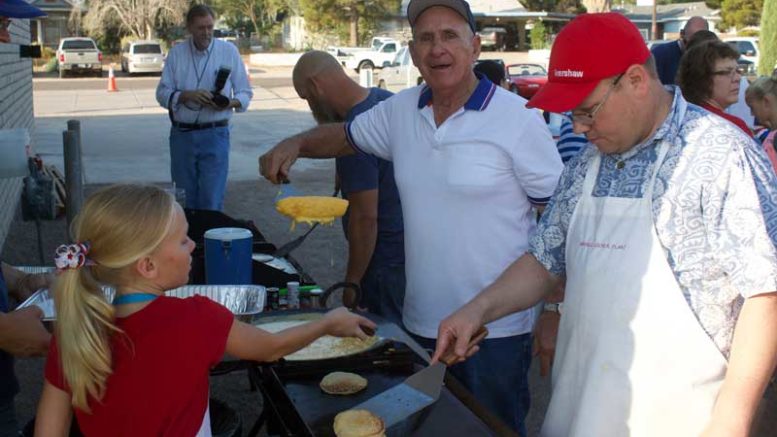 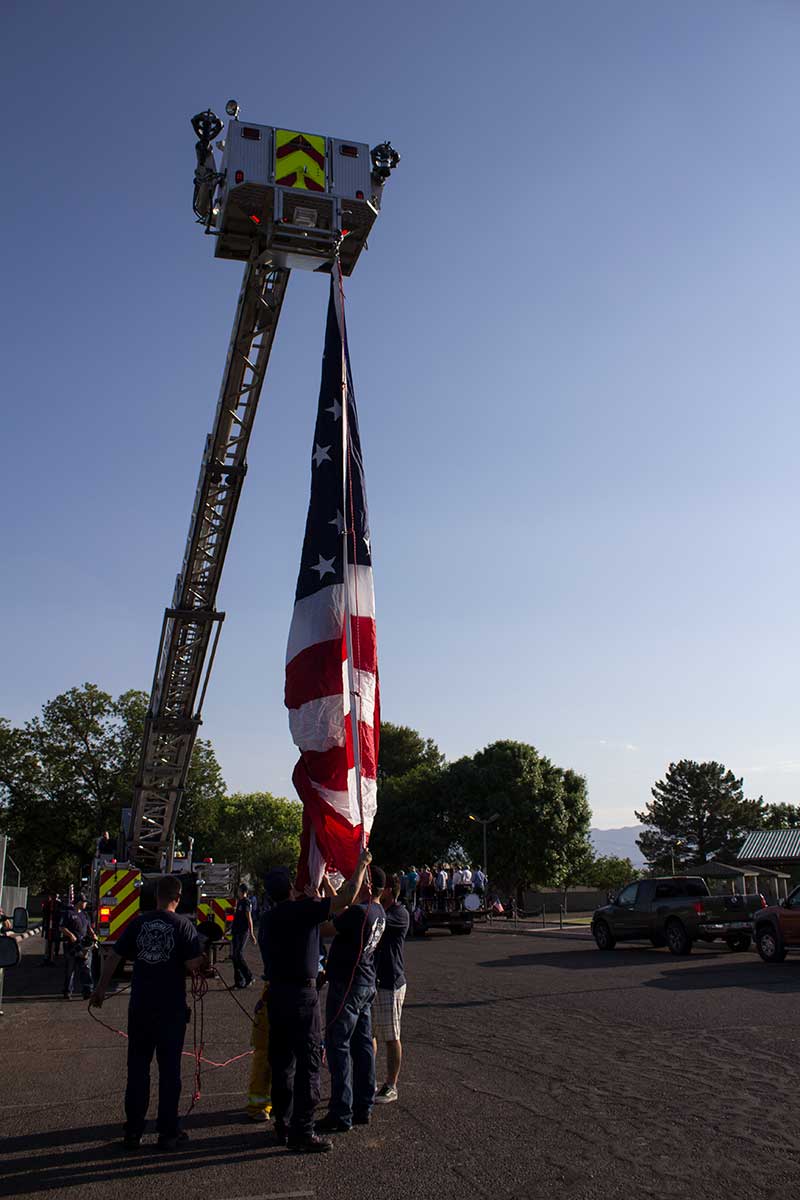 By Jon Johnson and Brooke Curley

THATCHER AND PIMA – The spirit of Independence Day was played loud and clear early Tuesday morning in the towns of Thatcher and Pima, as the municipalities enjoyed the cooler, early morning weather to celebrate our nation’s independence through community gatherings with food, family, music, fun and patriotism.

In Thatcher the sirens alerted those that it was time for the annual melon burst. A patriotic program followed with food, music and mirth.

After several performances by the Freedom Band, the Thatcher Fire Department raised the flag on the ladder truck, and patriotic talks and musical performances followed. Kevin DeRusha performed several numbers on the fiddle, including Soldier’s Joy, which is a 300-year-old tune. Emily Tapia then gave one of the main speeches.

“I wake up in the security of a nation that allows me to wake up and live according to my values, make a living, and raise a family according to my beliefs that I hold dear,” Tapia said. “And that is why I love America. So many have sacrificed to protect my freedoms, and so many continue to do so. Ladies and gentleman, my friends and neighbors, we are one nation under God, may each one of us in this nation consciously ask ourselves why do I love America? And then let us live for that answer. Thank you and God bless America.”

After the speeches and musical numbers, those in attendance were invited to enjoy some crisp watermelon. After the watermelon snack, the children were given the chance to play in the water, courtesy of the Thatcher Fire Department. 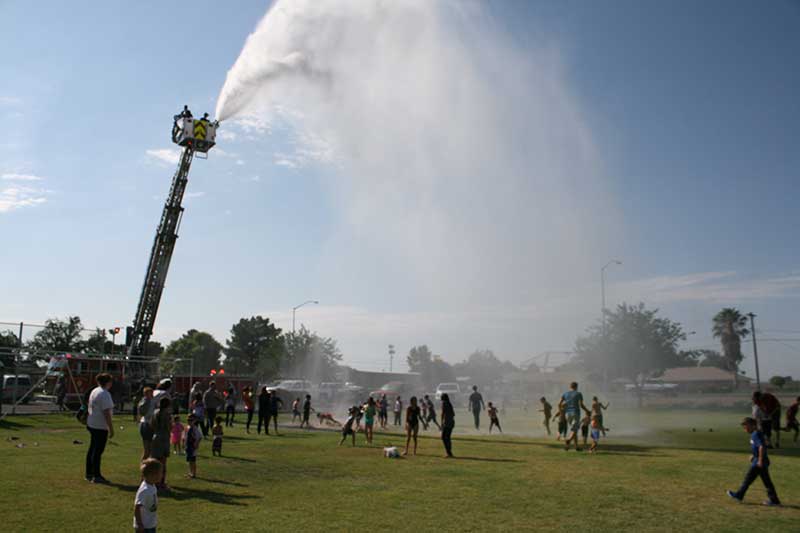 Brooke Curley Photo/Gila Valley Central: The Thatcher Fire Department wets down those in attendance who wish to be cooled.

In Pima, the Gila Valley Honor Guard was on hand to help with its flag-raising ceremony. Afterward, a patriotic program followed. Below is a video of the clogging portion of the program taken by Andy Peterson.

After the program, those gathered enjoyed a fireman’s pancake breakfast in the park, with members of the Pima Town Council pitching in to help cook and serve the food.

Enjoy the slideshow below of some moments captured by our staff. Photos by Brooke Curley and Jon Johnson.

Time to celebrate our independence