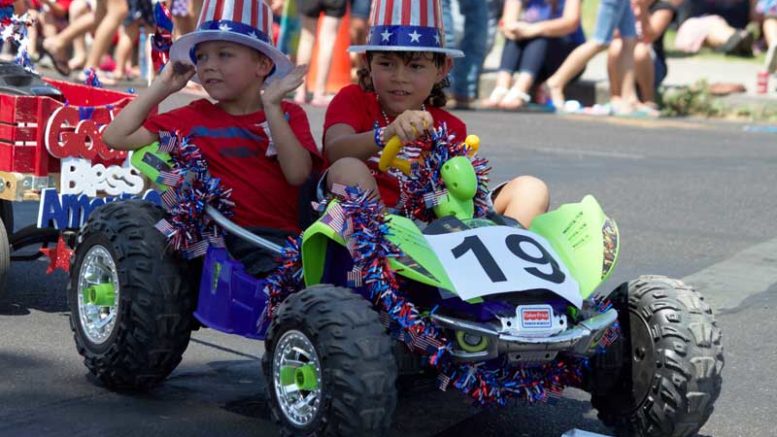 SAFFORD – From the animated Safford Mayor Jason Kouts and his wife, Maria, as Uncle Sam and Lady Liberty herself, to law enforcement astride horseback and children on bicycles, the Gila Valley knows how to put on a parade for Independence Day. 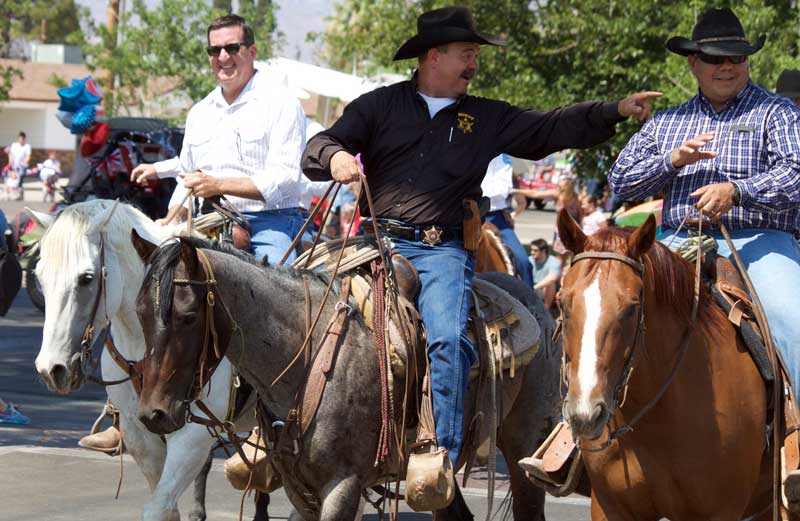 The Thatcher Fire Department used their ladder truck for the second time of the day to raise an enormous flag as the Star Spangled Banner was sung and colors were posted by the military. After another song, the parade began as entrants made their way down Main Street with the Graham County Courthouse in their rear view. 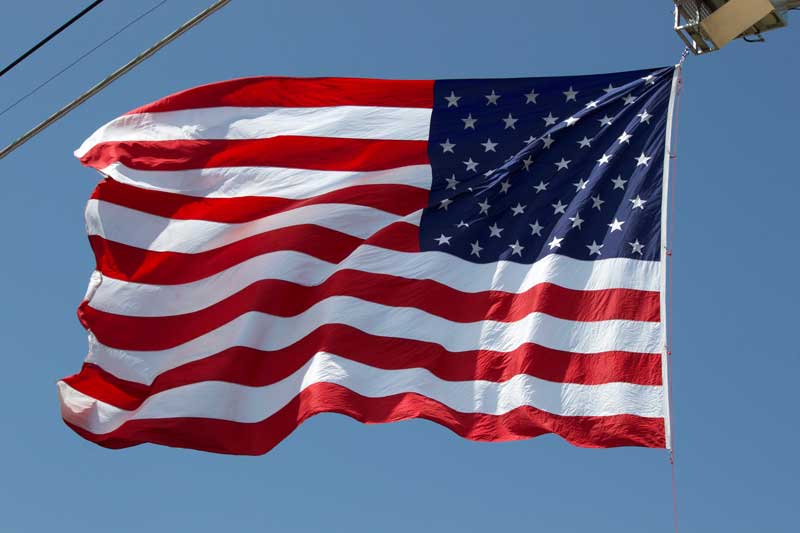 Jon Johnson Photo/Gila Valley Central: A large American flag was lifted prior to the beginning of the parade.

This year’s Independence Day Parade’s Grand Marshal was Dick Bingham, a longtime resident, former Safford Fire Department Chief and Navy veteran of the Korean War. Bingham started fundraising activities in the 2000s that resulted in a bigger and better fireworks show the Gila Valley has come to know and love. Riding along with Bingham in the back of the Grand Marshal’s truck were his son, Tim Taylor, and grandsons, Chris and Mitch Taylor. Tim is a Vietnam veteran, Mitch is a veteran of the Iraq war and Chris served in Afghanistan. Together, they make the three generations and four veterans as shown on the parade float’s sign.

The fireworks show is scheduled for Tuesday night between 8 and 9 p.m. 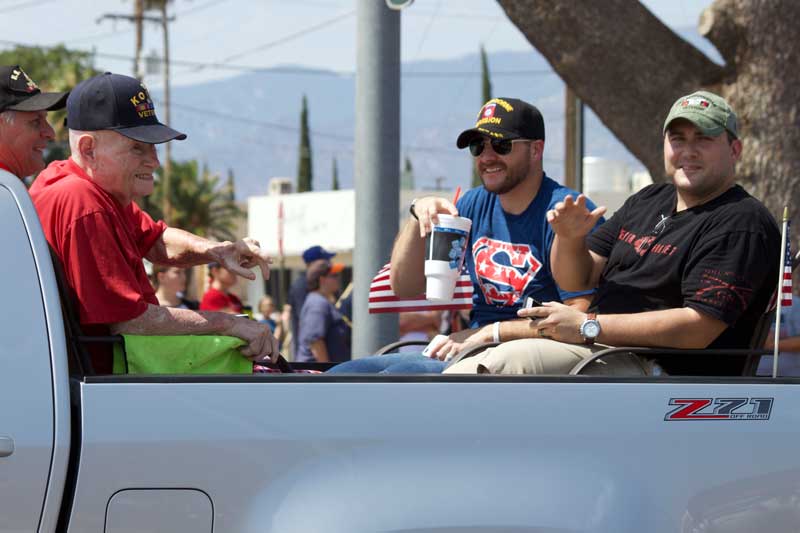 Gila Valley Central salutes all of our veterans and those who support them at home for giving us our freedom to celebrate our Independence Day. Enjoy our slideshow of some of our favorite pictures from today’s parade below.

Time to celebrate our independence