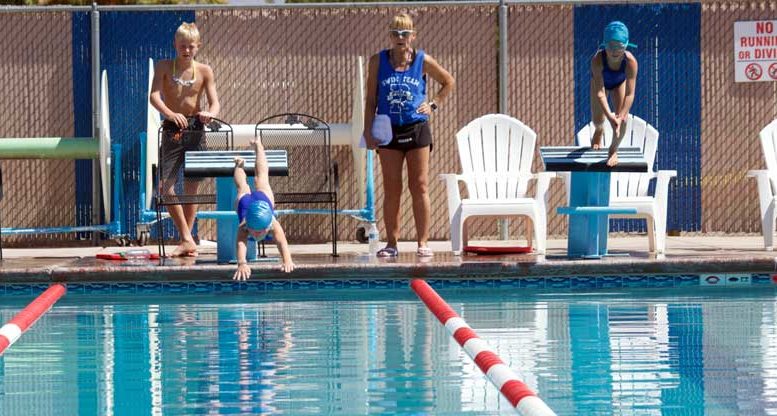 SAFFORD – The Safford Pool only got to host one meet this year and the administrators there made sure it was a dandy.

Safford hosted the Gila Valley’s swim season’s championship, where the top eight swimmers in each stroke vied to see who would podium and who would take home the bronze, silver or gold. Swimmers from Safford, Thatcher, Pima and Morenci competed for bragging rights as well as the hardware. 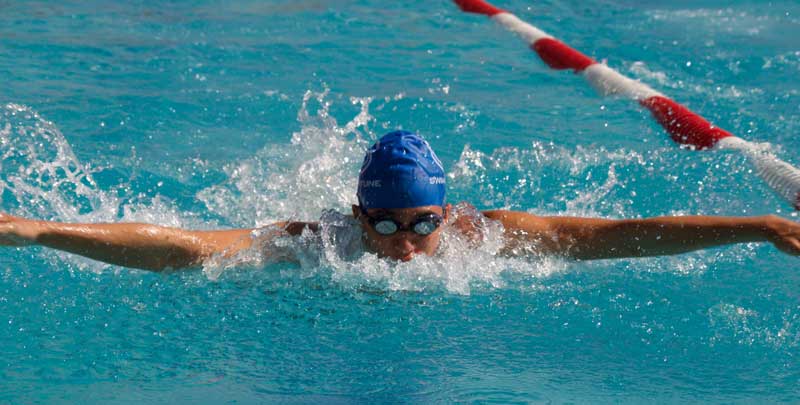 Jon Johnson Photo/Gila Valley Central: Thaddeus Gray, swimming for Morenci, slices through the water on his way to a gold medal in the butterfly.

Safford head swim coach Jordan Keith served as the event’s starter and made sure the races moved along in an orderly fashion. With a bevy of lifeguards assisting him, the races and the awarding of medals went smoothly.

Keith said he was impressed with how his swimmers performed at finals, especially because some of them had never raced in a relay before.

“Many of them had their best times of the whole season in this race,” Keith said. “If anything, they were racing against themselves and they all delivered great.” 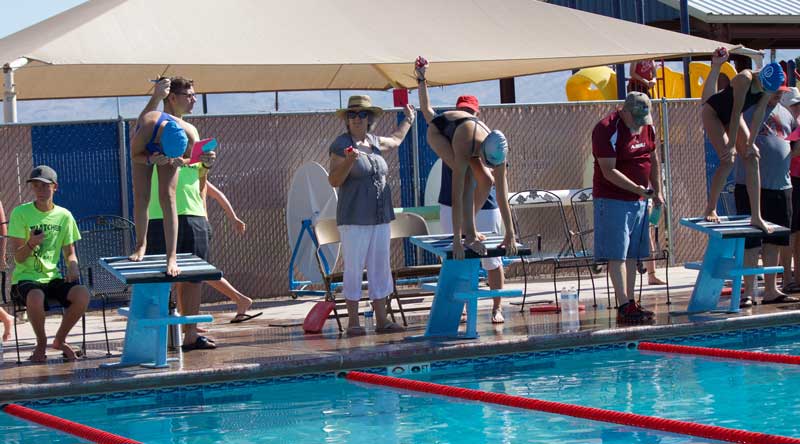 Jon Johnson Photo/Gila Valley Central: Swimmers in the 11-12 girls butterfly event prepare to start. They are, from left, Ambrosia Johnson for Pima, Brooklyn Millward for Thatcher and Avery Johnson for Morenci.

Pima head swim coach Natalie Schlittenhardt expressed her pleasure at how her large contingent of swimmers fared and said she was already thinking about next year.

“It was fantastic,” Schlittenhardt said. “We had some awesome swimmers today and we will be at it again next year.” 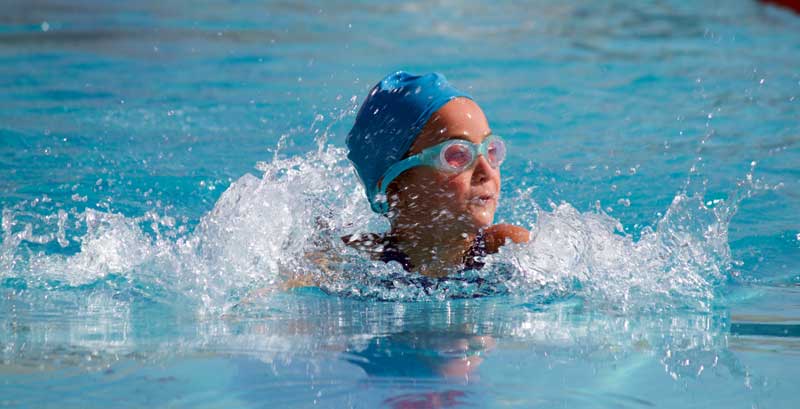 There were several stand out swimmers throughout the day who dominated in their events. However, one swimmer went above and beyond even that and has earned Gila Valley Central’s pick as the outstanding swimmer of the meet. 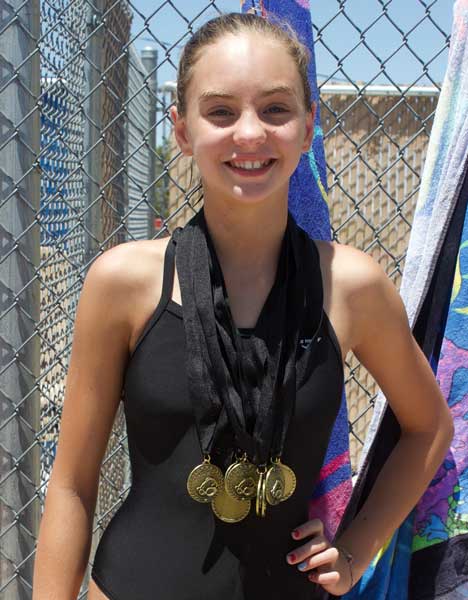 Avery Johnson, swimming for Morenci in the girls 11-12 age bracket took home gold in every possible event, including two relays, and did so in style, often finishing several seconds ahead of the second-place finisher.

Johnson told Gila Valley Central that the coaching she received from the Morenci staff and the year-round training and competing in other leagues throughout the state helped her with her achievements. She said her favorite stroke was the butterfly and her goal was to eventually swim collegiately, and perhaps even in the Olympics.

Johnson was humble in her praise from spectators and complemented the other swimmers for their performances.

“All the teams are really good,” she said. “I like how they’re also doing so well in all of the events. There were a couple of girls who were really close.”

“She just works hard and we’re just proud of her,” Erica Johnson said. 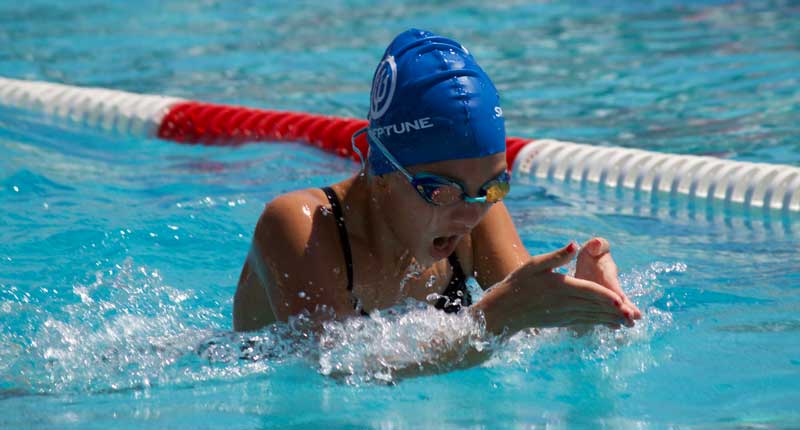 Jon Johnson Photo/Gila Valley Central: Avery Johnson slices through the water on her way to earning a gold in the breaststroke. Johnson finished first in every single event.

While the Gila Valley’s swim season ended Saturday, Johnson had regionals (Junior Olympics) in Phoenix on Sunday and has state championships this weekend. Additionally, she made the first cut in the Far Western swim races for butterfly in California.

“We’re making goals; she’s reaching them, and hopefully, some day we will see her swimming for a college,” Erica Johnson said. “That would be awesome.”