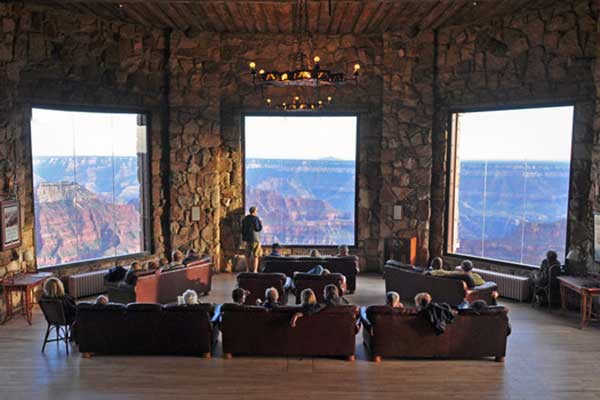 WILLIAMS, Ariz. — A bipartisan push in Congress to pay for a multi-billion-dollar maintenance backlog at national parks, in Arizona and across America, fell short this session. But backers are optimistic it will pass next year.

Parks and national monuments are badly in need of money to maintain buildings, trails and equipment that have fallen into disrepair. Backers of the measure say it had the votes to pass, but other priorities kept it off the table in the U.S. House this session.

John Dillon is executive director of the Grand Canyon River Outfitters Association, a group whose members depend on national parks for their livelihood. He said not making these repairs puts thousands of jobs at risk.

“Every day that they don’t do something about this, it just gets worse. And in particular, at Grand Canyon, our water system is the major concern,” Dillon said. “At Grand Canyon, the number, I think, was closing on $350 million. It’s the single largest individual project within the entire National Park Service.”

A Pew Charitable Trusts analysis put the maintenance backlog at Arizona parks at more than $600 million – which, if funded, would create or support more than 6,200 jobs in the state.

Arizona Democrat Raul Grijalva, incoming chair of the House Natural Resources Committee, is a cosponsor of the House version of the Restore Our Parks and Public Lands Act.

The bill would fund about half of the almost $12 billion backlog at the National Park Service, U.S. Fish and Wildlife Service, Bureau of Land Management, and Bureau of Indian Education.

Rebecca Knuffke, an officer with the Restore Our Parks campaign at The Pew Charitable Trusts, said the legislation would pay for repairs without using taxpayer dollars.

“This bill takes revenues from onshore and offshore drilling,” Knuffke said. “It would not take money from other important programs. In fact, the bill has language that would protect those already-obligated funds, like the Land and Water Conservation Fund, the Historic Preservation fund and the states’ percentages of those revenues.”

A similar measure is pending in the Senate. Dillon noted that, in a way, national parks are victims of their own success.

“In 2016, the parks came out with this massive campaign to ‘Find Your Park,’ and encouraged kids to put down games, families – go on vacation to the parks!” Dillon said. “That’s great, but the result of that was, it generated a massive increase in traffic – and that wear and tear just continues.”

The new Congress convenes on January 3.