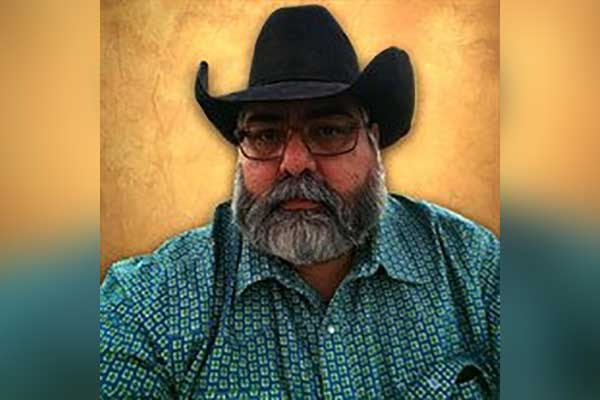 Steven Ray Ruiz was born into this world to Tony and Connie Ruiz on December 21st or 22nd, 1966. The doctors claimed the 22nd, but Connie knew he was here before midnight. We celebrate both.

Steve lived a life of love. His love of music, food, animals, cars, movies and ASU touched everyone he came in contact with.

In high school Steve played the saxophone and was honored to be drum major his last two years. He continued to share that love through concert trips with friends and family. If you gathered with Steve, in any form, there was always food involved. He got the chance to go to culinary art school at Le Cordon Bleu to master his favorite passion. Steve loved cooking, but when his passion became work, he decided to move on, and only cooked for fun.

From a young age, Steve loved animals. His childhood dog, Tuffy, protected him at all costs, which impacted him. Steve paid this forward by taking in, rehoming, and feeding stray dogs, cats, and even humans. He had many beloved cats; Domino, Twinkie and Nue Nue. So many dogs; Boofus, Bo Fett, Nubby, and his last and favorite, Pudge.

Steve enjoyed NASCAR, drag races, hot rods, and was able to achieve his dream of owning not one, but two sexy red Corvettes. “Dad’s life was a drag race, it was too quick, but he hit the pedal, everything lit up, the rumble hits your soul. It’s over too quick, but it’s not his last race” said Fuzzy.

Papa Steve was the biggest kid and shared every childlike movie with his grand babies and children. Not one of us can hear the word “Donkey” without saying it with a Papa Steve’s Shrek impersonation.

Steve enjoyed all sports and was an avid ASU fan. He spent many years supporting his children’s sport teams. Mainly Fuzzy’s wrestling and baseball. He shared his knowledge by coaching others to master their strengths not only in sport, but life. Steve went to many live sports events and never failed to support any ASU spots either live, televised, or recap.

Steve lived life to the fullest while he was here. He will be greatly missed. Steve entered into the afterlife on December 28, 2019. He was 53 years young.

Steve leaves behind: a son, Arik “Fuzzy”, and his wife, Erica, and their children Marley, Maverick and Macklan, a daughter, Ali, her children, Ace and Kannon, and their father, Mike, a daughter, Alecs, and her daughter, Scarlett, a daughter, Abbey, her husband, Matt, and their children Isaac and Ayrton. Steve also leaves behind: his brother, Michael Ruiz; an aunt, Licha Plasencio De Leon; and his nephews, Mathew, Joey, Paul and Gabe; a niece Dianna Bustamante; and numerous cousins and friends. Steve was met in the afterlife by: his parents Tony and Consuelo “Connie” Plasencio Ruiz; a sister, Sylvia Ruiz Bustamante; his maternal grandparents, Angel and Cresencia Villalobos Plasencio; his paternal grandparents, Frank and Elojia Cervantez Ruiz; as well as his close friends, Curtis Peeler, Wes Hawkins, Jerry “Chucky” Anderson and his best friend Pudge.

A celebration of Steve’s life will be held Saturday, January the 11th at 3pm at the Manor House in Safford Arizona. The family asks that you come dressed comfortably, and ready for good memories and conversation. Thank you all for your kindness and support.

The Manor House will be accepting food donations for the family Saturday starting at 11 am.