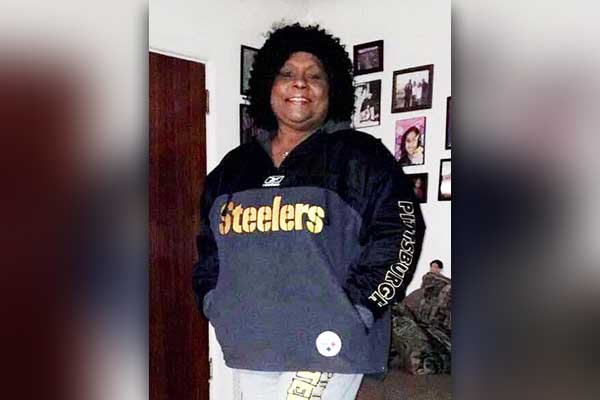 Shirley Ann Turner Chaplin-Green, of Safford passed away in Sierra Vista, AZ after a long battle with cancer at the age of 65.  She was born on January 23, 1954 in Safford to parents Clarence Turner & Johnnie Mae Kilgore Turner with siblings; Robert, Virginia, Ronnie, Ann, Larry and Denise.

She graduated from Safford High School in 1972 and later went on to Northern Arizona University graduating in 2006. In 2019, she married Richard Wade Green in Safford, blending their children, Sammy Graham, Tracy Stewart, Cassius Graham, Kizzy Glover and Kema Chaplin.

Shirley retired from the Department of Corrections as a Probation Officer.  She was a member of the Safford School Board for many years, always supporting her Safford Bulldogs in any way she could.  Anyone who knew her knew that she was a huge Pittsburgh Steelers fan but she also loved “The Duke”, John Wayne, and reading poetry.  Shirley always told it like it was, but with a smile smile on her face. She was definitely full of life and lived it to the fullest.

Shirley is preceded in death by her parents Clarence & Johnnie Mae Turner, her brothers; John Bowser and Clarence Turner, Jr. and her sister Hazel Graham.

A funeral service for Shirley will be held on Saturday, November 30, 2019 at the David M. Player Center for the Arts beginning at 11:00 a.m. with interment in the Safford Cemetery.