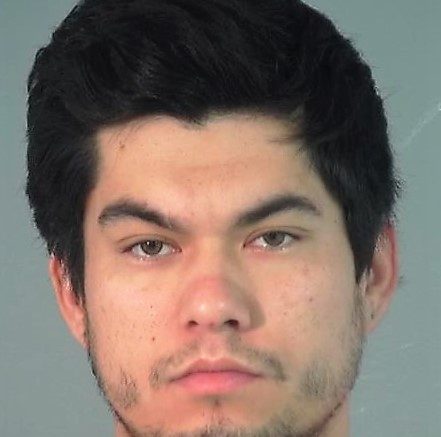 SAFFORD – A man who allegedly shoplifted beer from three different Giant gas stations in one night was booked into the Graham County Jail.

Alexander Romero admitted to stealing alcohol from the three convenience stores because he didn’t have any money, according to a Safford Police report.

A Safford officer was initially dispatched to the Giant gas station at 750 S. 8th Ave. at about 12:25 a.m. on Aug. 23 regarding the theft of beer and soda.

Shortly after getting the information from the first shoplifting, two more shoplifting incidents were reported at Giant gas stations at 1780 W. Thatcher Blvd. and one in Thatcher.

Clerks gave a description of the getaway Jeep, and Thatcher officers located the vehicle at a residence on First Avenue in Thatcher. Romero was then found hiding next to a residence.

Romero had an odor of alcohol on his breath and was positively identified as the shoplifter by clerks at all three locations. He allegedly apologized for stealing the alcohol and said he did so because he didn’t have any money to purchase the beverages.

Romero was then arrested and booked into the jail on three counts of shoplifting.