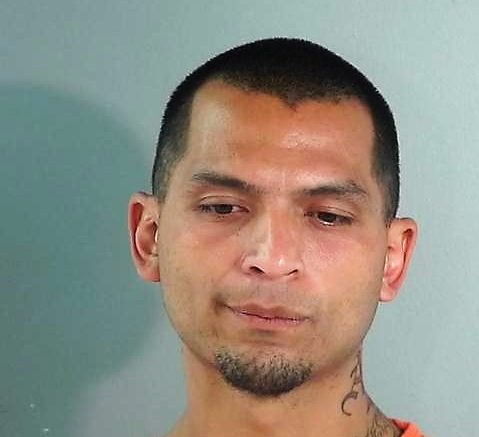 GRAHAM COUNTY – “You can choose your friends but you sho’ can’t choose your family, an’ they’re still kin to you no matter whether you acknowledge ‘em or not, and it makes you look right silly when you don’t.” – Harper Lee, To Kill a Mockingbird

Manuel Ray Arrellin Jr., 35, was taken into custody and booked into the Graham County Jail late Wednesday night on two outstanding warrants after family members turned him into police custody.

Authorities were notified by family members that Arrellin was at the 8th Street Apartments at 3333 W. 8th St. The caller said he and his son were on their way to get Arrellin for law enforcement.

Upon arrival at the apartment complex, the caller and his son were holding Arrellin, and he was taken into custody without incident.

One of the warrants for Arrellin’s arrest was out of Justice of the Peace Precinct 1 for missing a scheduled court date regarding charges including possession of a dangerous drug, possession of drug paraphernalia, theft of a firearm and misconduct involving weapons. The other warrant was for burglary charges relating to the Monday morning burglary of Vette City Vapes at 515 S. 5th Ave. in Safford.

Surveillance footage at the store shows Arrellin breaking the windows of the store with rocks and then stuffing several items in his pockets before retrieving a box to hold more goods. The owner valued the stolen goods at $9,633 and said the cost to replace the damaged windows was $2,029.22.