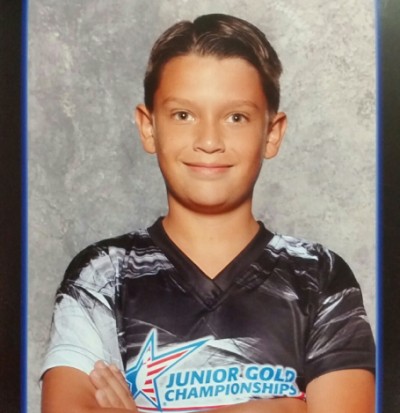 Safford 13-year-old Jordan Best has qualified for two separate Youth National Bowling Championships. He will be heading to Dallas, Texas July 12th through 21st to compete in those tournaments.

Best qualified for the Youth Open National Championship by finishing 2nd place in the Pepsi State Championships in Kingman in April. He will take part in the Jr. Gold Championships by way of winning the Tournament of Champions held in Tucson in March.

Jordan is a self taught 2-handed bowler. He models his game after Pro Bowler Jason Belmonte. The 2-handed approach only uses two of the 3 holes drilled into a bowling ball.

In the 2.5 years that he’s been bowling Jordan has entered 10 Major tournaments, winning 9 of them. His only non-win is his 2nd place finish in this year’s State Championship. With every win Jordan gains a trophy plus scholarship money that sits in an account until he turns 18.

Jordan was a baseball player before finding bowling as his new favorite sport. He saw bowling on TV and then started watching it on YouTube to learn more about it. One night while at Safford Bowl with is parents, Deanna and Jonathan, he was discovered by Safford Bowl owner Pat Murphy who encouraged them to get Jordan in a league.

“Sometimes you can just tell a kid has it”, said Murphy. “And considering he is self taught, that makes it more impressive.”

There will be a fundraising event June 30th at Safford Bowl. From 9-12 Safford Bowl will give a percentage to the Best family to help with travel costs. There will be raffles and prizes as well. For more information or to donate email Deanna Best at jbestfamily@gmail.com.