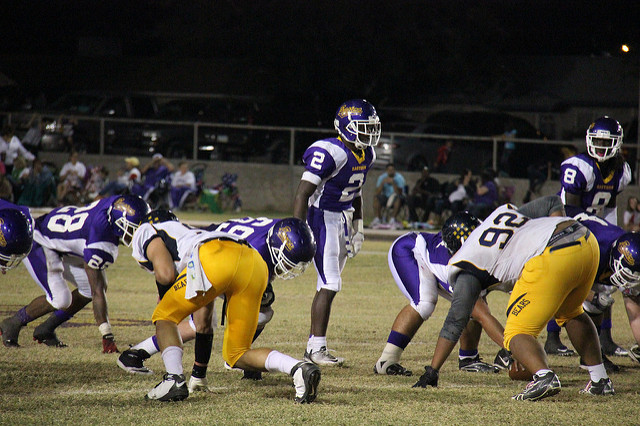 The press release that was sent out late yesterday by Eastern Arizona College answered few questions about the future of  football. It did, however, verify that the athletic department and administration of EAC will be conducting a review of the viability of continuing the football program after the 2018 season.

If the proposals in Maricopa and Pima Counties pass, that will leave only 3 teams in the Western States Football League (WSFL). Eastern Arizona in Thatcher, Arizona Western in Yuma, Arizona and Snow College in Ephraim, Utah. The two schools that are the furthest away from EAC.

In the end the decision will come down to money; plain and simple. Football has the most participants and therefore is the most costly sport to outfit on any college campus, then add in the travel for 55 or more athletes and coaches and the numbers really add up. And now with the announcement that Pima College and the Maricopa Community College’s will be dropping football (and maybe more sports) at the end of the 2018 season, that travel has just become a bigger issue.

This is where the Governing Board at Eastern Arizona College will have to weigh the options.

Do you stick with football and absorb the additional cost of traveling to Yuma and Utah and additional games with potentially Air Force Prep(Colorado), New Mexico Military and a few schools from West Texas?

Snow College has just completed a project that includes new lights, a new field, a new scoreboard, and improvements to Badger Stadium so intuition tells me, they are committed.

Do you drop football after the 2018 season and lose the monies that the 100+ athletes bring to the school?

Each football athlete’s Federal Pell Grant pays for their books at the campus bookstore, 3 meals a day in the cafeteria, housing for 10 months in on-campus dorm and full tuition.

The question then becomes can you find 100+ new students that will be adding the same funding into the school?

These are just the financial questions involved in the big decision that Eastern Arizona has.

Cutting football doesn’t just affect the football players and coaches though. Without a football program the Gila Monster Marching Band and Drill Team becomes nearly obsolete. What do the cheerleaders do during the Fall Semester?

Some of these questions have already been answered… in 1994. After the 1993 football season then Head Coach Don Conrad (yes, that Don Conrad) was advised that the school would be dropping football. “The school tried to have a Homecoming celebration in 1994 and quickly realized that without a football game, there was no interest…” said Conrad. He added, “Football involves the whole community and gives EAC an identity that is very valuable.” Football was reinstated in for the 1995 season.

The next step is for Head Coach John O’Mera to pitch his proposal to the administration and if he can keep costs at or near the same, is it enough to save football?

Eastern Arizona College is 17-7 in the last 2 seasons and are the 2-time defending Salt City Bowl Champions.