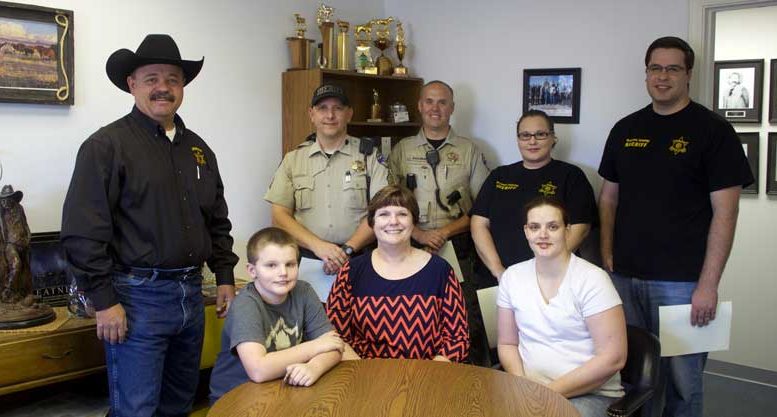 Jon Johnson Photo/Gila Valley Central: The Kunz family were on hand Friday to help Graham County Sheriff P.J. Allred recognize his employees for their valor during the rescue of 11-year-old Andrew Kunz from a swarm of killer bees. Pictured are, seated, from left, Andrew, Petrea and Christina Kunz; back row, from left, Allred, Sgt. Jacob Carpenter, deputy Justin Baughman and dispatchers Tricia Payne and Adam Wright.

SAFFORD – Graham County Sheriff P.J. Allred honored four of his employees Friday with pins in recognition for going above and beyond the call of duty. 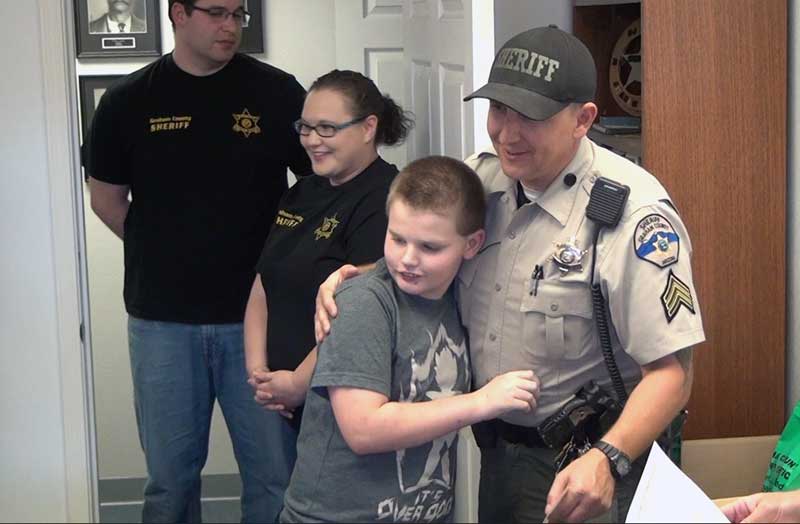 Andrew Kunz, 11, and a friend were attacked Feb. 20 by bees who had taken up residence in a rusted out old car in a gully where the boys were shooting a BB-gun behind Andrew’s residence off Sunset Boulevard. The area is in-between E. Graham Canal Road and Airport Road, north of the Gila River. The sound of the BBs hitting the car likely agitated the bees, which were most likely Africanized “killer” bees.

Carpenter and Baughman, and Safford Fire Chief Clark Bingham were stung multiple times during the rescue of Kunz, who was stung more than 400 times and had to be flown to Phoenix Children’s Hospital to recuperate.

“This pin more or less represents that day and what they did in their extra step in their jobs,” Allred said. 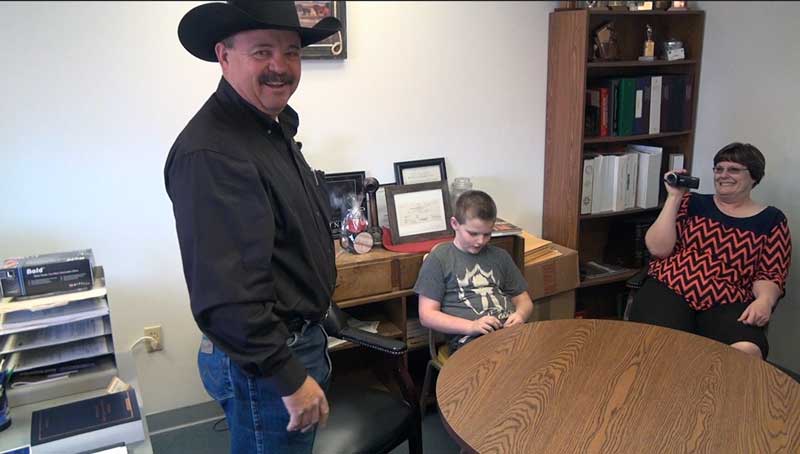 Bingham was previously awarded by the city of Safford for his actions, but this was the first time the dispatchers who directed the first responders received recognition. Payne said she has been on the job for 11 years and trained Wright, who said he has been with the department for six years. 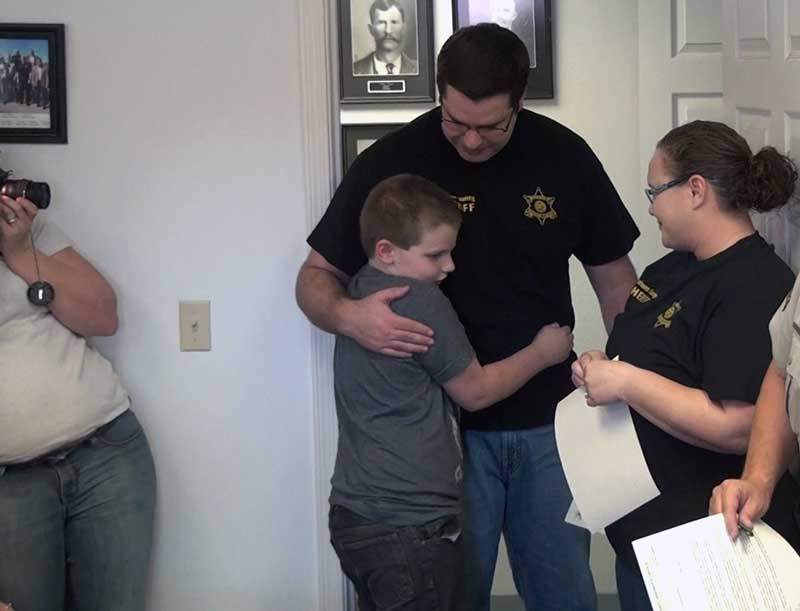