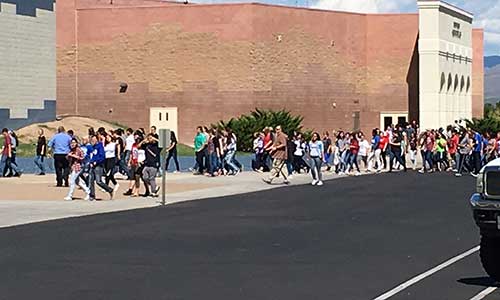 Jon Johnson Photo/Gila Valley Central: Students return to class after the a bomb threat at Safford High School was deemed a hoax.

SAFFORD – Students at Safford High School were evacuated Monday morning after the school received a bomb threat over social media.

Safford Police and Fire departments responded to the scene shortly after 10 a.m. According to Safford Police Chief Joe Brugman, the threat said a bomb would detonate within 30 minutes. Faculty and students were then escorted to a safe area away from possible harm.

After there was no detonation, officers and faculty swept the school to look for any possible items that were out of the ordinary.

“After that was completed, working with the schools, we felt comfortable having the kids and staff go back to their regular day,” Brugman said.

Police are investigating who made the threat. Allegedly, a student received the threat via a text using an application called ‘ After School’, which, ironically, is supposed to an anti-bullying app.

Safford High School Principal Rich DeRidder lauded the staff and student reaction to what amounted to a drill for the school and said they would prosecute the guilty party to the fullest extent of the law.

“We did a good job of getting everybody out,” DeRidder said. “That’s what you do. That’s how it works . . . Once we find out who has done it, we’ll prosecute.”

After receiving the all-clear call at about 11:30 a.m., the firefighters and police left the scene and the students and staff returned to school. 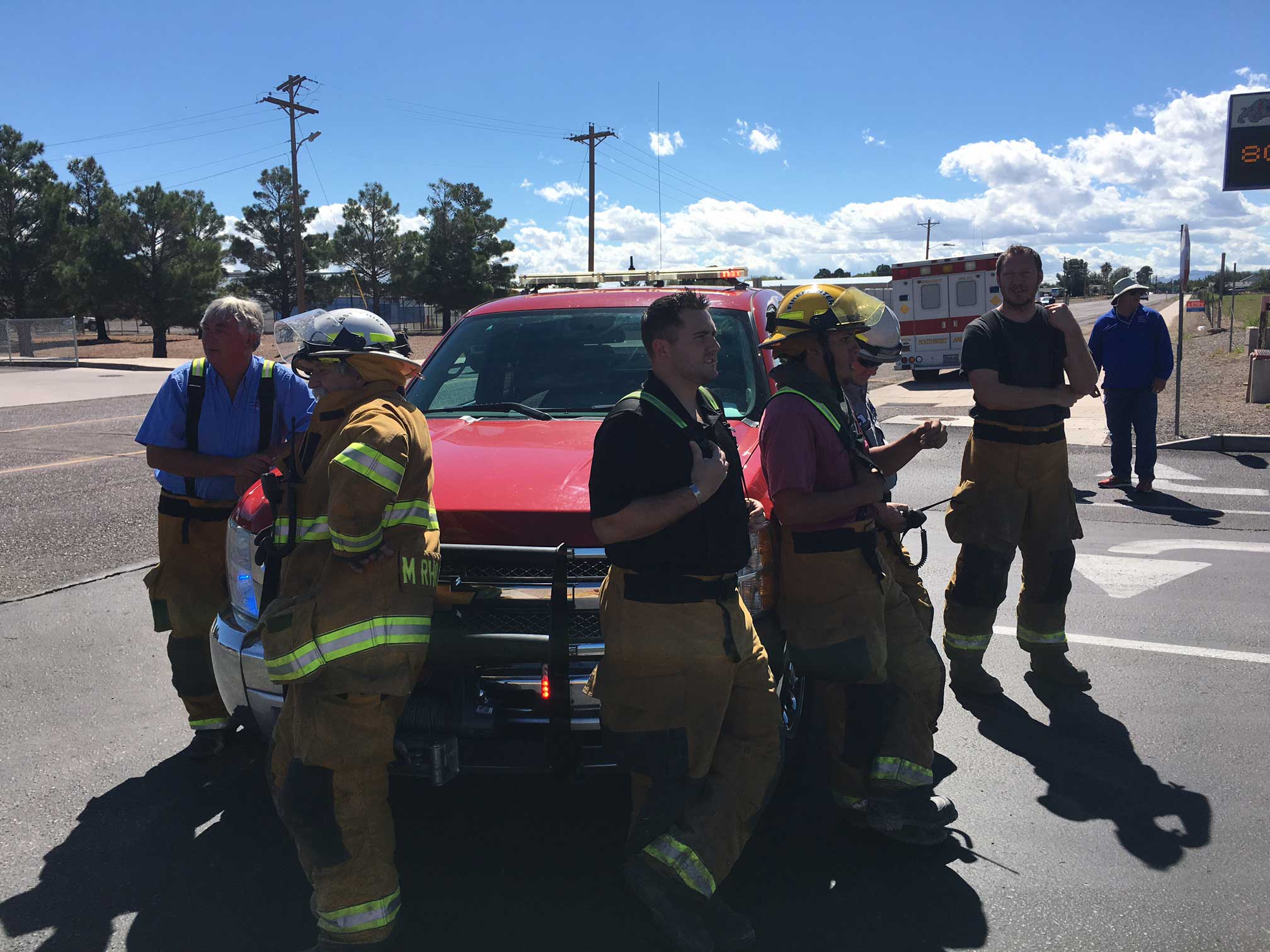