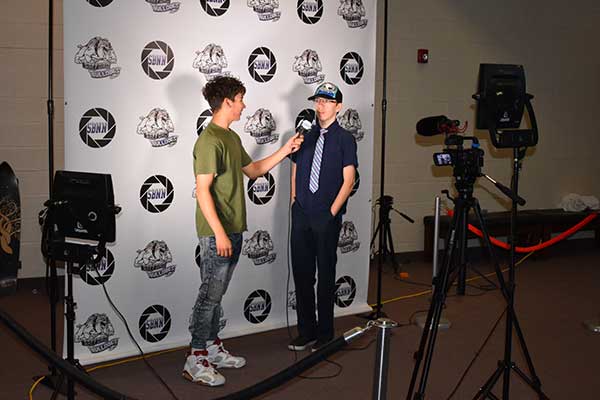 SAFFORD – The Safford High School Media Department hosted their 2nd annual film festival last night at the David M. Player Center for the Arts. Media instructor, Chris Murphy, awarded several of the students for their dedication, individuality, and motivation through the process of making the films and having them as students in the class. Just like Hollywood films have related posters for their films, the students designed posters for each film, which were on display in the lobby. Attendees could also experience what it is like to be interviewed on camera. Close to a dozen films were shown, ranging from suspenseful to informative, including a documentary on the Safford Fire Department.  Safford Fire Chief, Clark Bingham, also presented each student that completed the documentary with a challenge coin and a t-shirt.