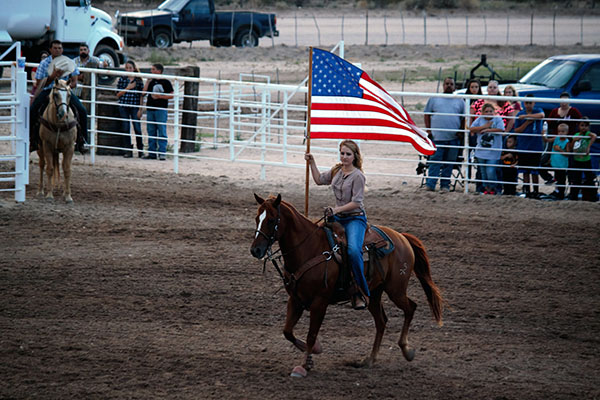 There were a number of events for the youth, including a stick horse race, a cowhide race and catching a loose chicken, those who caught the chickens got to take them home as prizes. 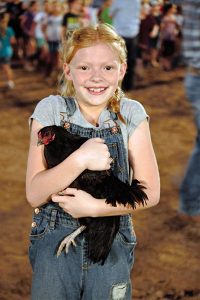 Devon Woods was one of the brave youth who competed in the cowhide race.

“I thought it would be fun to do it, and I was trying my best not to fall off,” Woods said. “Next year I want to go 10 times faster.”

Jessica Schmidt also took a couple of turns on the cowhide and bounced up from a nasty spill while going around the barrel.

“I actually asked the guy to go faster,” Schmidt said. “I had dirt everywhere.”

A tense moment temporarily interrupted the fun when a horse reared up at one point and stepped on a juvenile male. The boy was looked at on the rodeo grounds and then carried over to paramedics, who evaluated him and released him without having to be taken to a hospital for treatment. 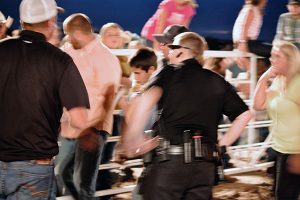 Jon Johnson Photo/Gila Valley Central:
A juvenile male was injured after being stepped on by a horse.

While the Pioneer Day dance was scheduled to start at 8 p.m., the rodeo was still going strong and most of the crowd stayed put to enjoy their family fun night at the roping arena.