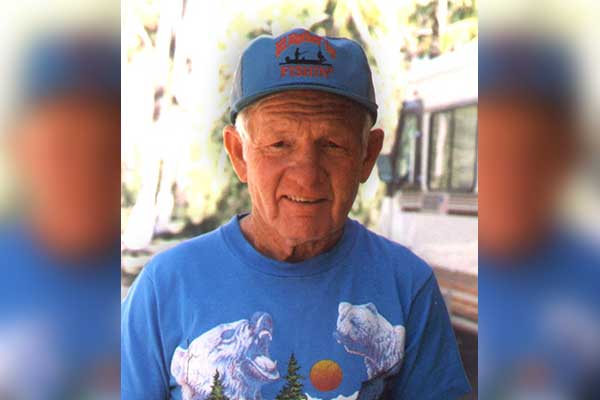 Robert (Bob) Clarence Wood, age 90, peacefully entered into eternal life Saturday afternoon, November 3, 2018, at his son’s residence in Thatcher, Arizona, with family at his bedside. He was born to Clarence and Marian Wood on February 9, 1928 in Benion, Utah. Shortly after graduating from Murray High School he joined the Army and was stationed in Korea just prior to the start of the Korean War. It was there he became a fireman, following in the tradition of both his father and grandfather. As a young man he was very active in sports and played on several championship baseball and softball teams. After completing his military service he worked as a welder on missile sites in several states. He would later make his career as civil service fireman working at Hill Air Force base until he retired.

On March 23rd, 1951, he married his sweetheart Florence Darlene Lester, for time and all eternity in the Salt Lake Temple. During this union, he was blessed with three children: Robert Gale Wood, Jack Lester Wood and William B Wood. They in turn blessed him with eleven grandchildren and five great­grandchildren.

Bob enjoyed the outdoors and was a skilled hunter and fisherman. He especially enjoyed spending time on his boat at Flaming Gorge Reservoir. Bob’s garden was always the envy of the neighborhood as he could be counted on to bring friends and neighbors, fruits and vegetables that grew in abundance under his skilled hand. As an avid golfer he was offered a job at his favorite golf course (Meadow Brook) where he worked part time for a number of years after he retired as a firefighter. He enjoyed traveling in his 5th wheel trailer, making numerous trips throughout the US and even into Mexico.

He is survived by: his sister, Jean (Don Snarr); two sons, Jack L. Wood (Colleen) and William B. Wood (Dawn); and his grandchildren; and great-grandchildren. He was preceded in death but welcomed in Heaven by: his parents; wife; a brother, John Wood (Virginia); and his eldest son, Robert Gale Wood.